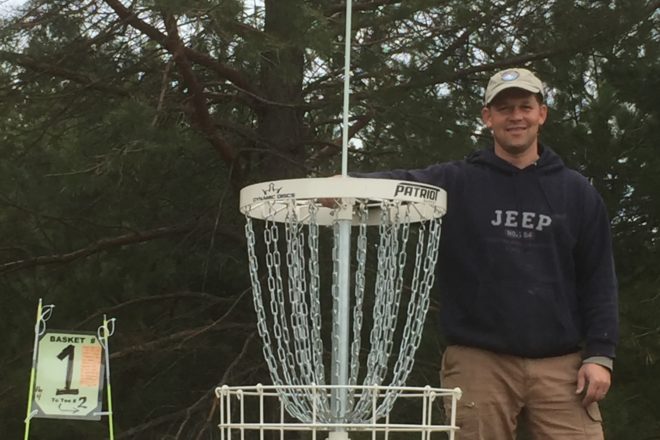 Last week we reported that Baileys Harbor loaned $8,550 to disc golf enthusiasts who plan to create an 18-hole, tournament-worthy course on town property.

In April, Jacksonport resident J.R. Jarosh received a loan of $2,500 to create a nine-hole course and practice tee in Jacksonport. He has already paid back the loan from the town and people have been playing the course since May.

Each hole has two tees, red and blue.

“For beginners, the red tees are nice because the distances aren’t as long,” Jarosh said, “and more experienced players can test their skills on the blues tees.”

While the course is playable now, Jarosh said there are some refinements coming, including signage that explains each hole, much like you see at a golf course, and recognition of sponsors. 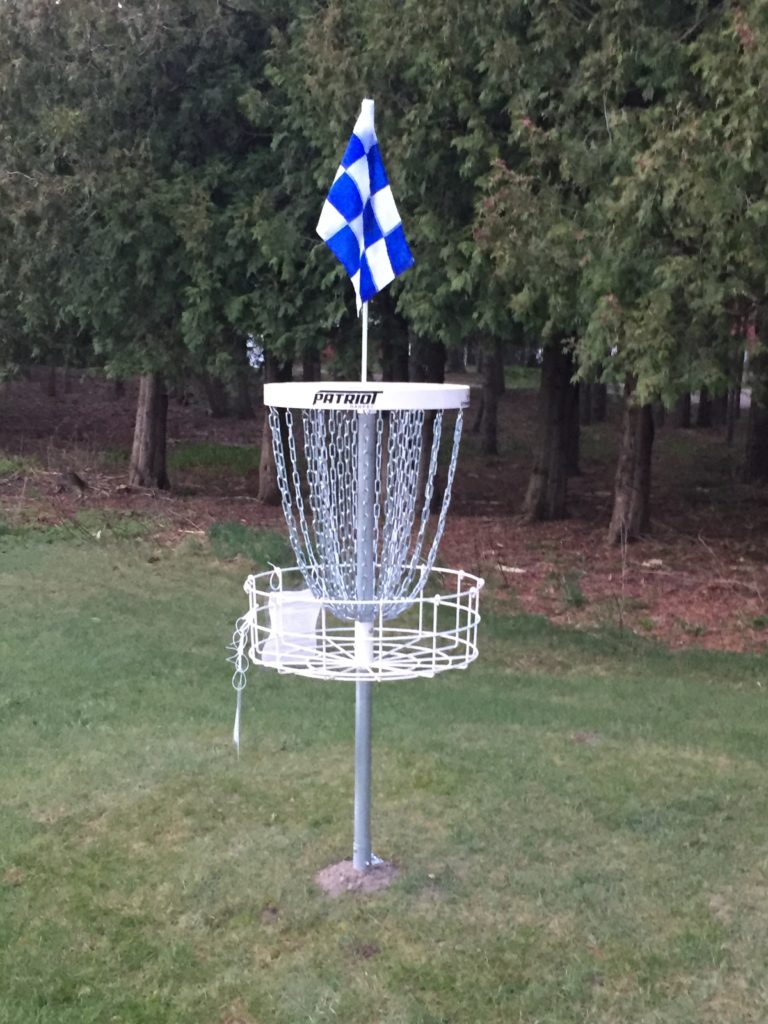 “We’re also starting a bench sponsor program to have the name of a loved one or group or family. Hopefully we’ll have one on each hole,” he said. “Basically, the course is in place and now we’ll work on the fine tuning.”

He also left out a guest book that disc golfers can sign, which tells him that “many more people have been playing than I expected, which is really neat.” From the names and comments in the guest book, he can tell that there is a nice mix of locals and visitors playing the course.

Jarosh said he has heard from Hunter Bjarnarson, co-owner of Island Fever Rum Bar & Grill across the road from the disc golf course, that people stop by the bar and grill after a round of disc golf.

“That’s kind of what we hoped,” he said. “You build it and you get people to come to the community, they in turn stay and support the businesses. I also saw Bley’s Grocery had a few disc starter sets.”

Jarosh was happy to hear that Shane Solomon and Jordan Zacek of Door Disc Golf were provided with a loan for the Baileys Harbor course.

“Disc golf has gone from nothing to something in just a few months, thanks in large part to Shane and Jordan and some of the really good players who are happy to grow the sport,” Jarosh said. “That’s what I love about Door County. Everybody steps up and makes it what it is. I’m happy to be a little piece of this puzzle. It’s a fun time to be disc golfer in Door County.”