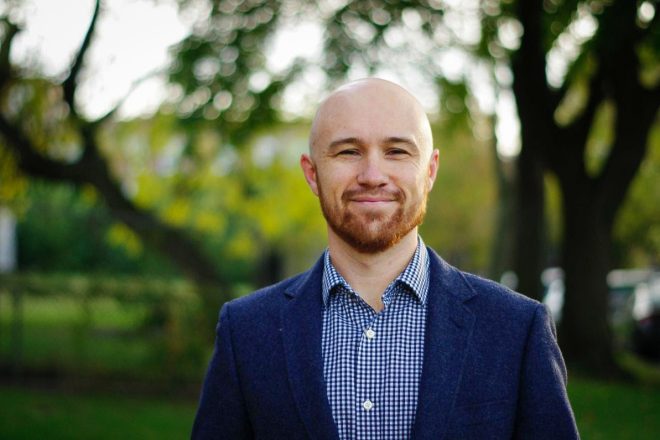 After completing a nationwide search, Third Avenue PlayWorks (TAP) has selected Jacob Janssen as its next artistic director.

Janssen is a highly regarded director, producer and arts leader who believes in making theater accessible to everyone. Throughout his career, he has sought to create work that fosters community, sparks conversation and delights audiences. He is currently the artistic producer for The COOP in New York, an off-Broadway theater and film-production company founded with Kate Hamill and Andrus Nichols.

The members of TAP’s board voted unanimously to accept the recommendation of the Transition Committee – made of artists, staff and board members who managed the selection process – to appoint Janssen.

“On behalf of the board of directors, we are so excited that Jacob Janssen will be leading TAP as our next artistic director,” said Steve Kane, board president. “Jacob’s vast experience in theater leadership, coupled with his community-mindedness and collaborative nature, make him an ideal match for TAP, especially at this point in our history.”

Andrus Nichols, The COOP’s artistic director, said, “Jacob is a true collaborator and fosters an environment among his colleagues where people feel valued, invested and supported. He has a strong moral compass and a deep commitment to the health, growth, possibility and power of the theater and its role in the many conversations this country is having.”

Janssen will join managing director Amy Frank in a joint leadership model, work with TAP’s board and staff on shared goals for future growth, and build on the legacy that former co-artistic directors Robert Boles and James Valcq created.

“I love the challenge of putting together a thrilling season for our audience,” Janssen said. “And I am committed to making great theater while offering a place where actors, directors and designers love to work.”

Janssen has more than a decade of professional producing experience with companies such as Studio Theatre, Shakespeare Theatre and Mosaic Theater Company; he’s a leader in developing new work; and he founded and is the former artistic director of Plimoth Players in Plymouth, Massachusetts.

Originally from Kiel, Wisconsin, Janssen holds a BFA in acting from UW-Stevens Point and an MFA in directing from DePaul University. His extended family has lived and worked in Door County for decades, and his grandparents owned and operated a restaurant in Egg Harbor.

“I have always been impressed by the richness of the arts and theater community in Door County,” Janssen said. “When the people of Sturgeon Bay and Door County think about what makes their community special, I know that for many, TAP is one of the first things that comes to mind.

“Having made my career outside of Wisconsin to this point, I am thrilled to be coming home. One of my first tasks will be to connect with the TAP community. TAP is a pillar in Sturgeon Bay and Door County, and my priority will be continuing strong relationships with TAP artists and audiences. I am both excited and humbled by the opportunity to continue and expand on the excellent work that TAP is known for in this beautiful, new space.”

Though Janssen won’t officially begin until mid-December, TAP still plans to produce a full season in 2022. “Jacob and I are already talking and scheming,” Frank said. “He has some amazing ideas, and his enthusiasm is so contagious. I’m certain that everyone will instantly love him and what he brings to TAP.”