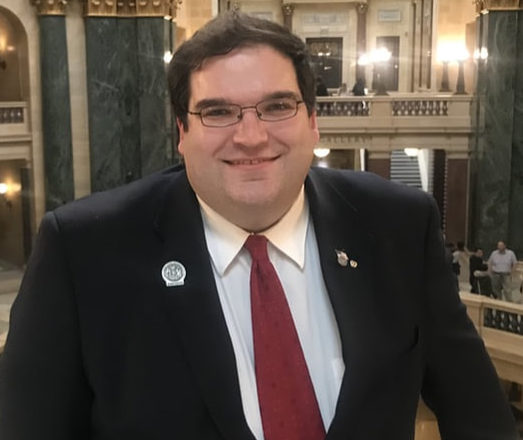 Sen. André Jacque has teamed up with Rep. Cody Horlocker (R-Mukwonago) to introduce a first-in-the-nation bill that would exempt cash tips from state taxation.

Horlocker, who told Wisconsin Public Radio that he worked in the service industry while attending college and law school, came up with the idea and pitched it to Jacque in the Senate.

“It’s something I thought made a lot of sense,” Jacque told the Peninsula Pulse. “Certainly I’ve gotten a very positive response talking with your average person on the street, obviously – employees in the hospitality industry and my contacts in tourism statewide, restaurant owners. It makes a lot of sense from the standpoint of really helping out lower-income workers. It’s something I think is going to help us draw employees into Wisconsin.”

Of course, in today’s cashless society, there are probably many more tips given through credit and debit cards than cash, but Jacque said passage of this bill could see more cash tipping in the future.

“It might be a gratuity, but it’s also a freely given gift,” he said. “Especially if you look at people who have worked in the service industry and have received those tips themselves – they’re maybe more conscious of trying to give cash tips to make it easier not to be penalized in the tax code.

“Certainly tourism is very important to northeast Wisconsin and especially Door County,” he continued. “I think the response has been very favorable in Door County. It’s something people get. Certainly anybody that’s worked in one of these occupations, it’s one less hand reaching into your pocket for money that you’ve earned. The service-industry workforce is vital statewide. This is one more thing to bolster that.”

Jacque said the co-sponsorship period for the legislation has been completed.

“We did have a pretty good number of folks from both sides of the aisle in both the Assembly and Senate that are signed on in support,” he said. “I think it’s an equal number of Republicans and Democrats. I think there’s a lot of legislative interest in it.”

But he added there will still be some education required for legislators who might not have any connection to the service industry.

“We need to have that discussion with folks.We need to educate them on the need for this,” he said. “But I think it’s certainly something that in the context of the broad-based tax relief we’re trying to accomplish for a lot of folks, and certainly for the lower- and middle-income brackets, this is something that should be in the mix.”

The next step for the proposal is referral to committee.

“My hope is that in the Senate it is referred to my committee so we can have a hearing and a vote on it,” he said. “My committee chairmanship is Local Government, Small Business, Tourism and Workforce Development. This certainly impacts tourism and workforce development and small business. It would be a good fit, but they’re not always sent to the committee where you think it would make the most sense.”