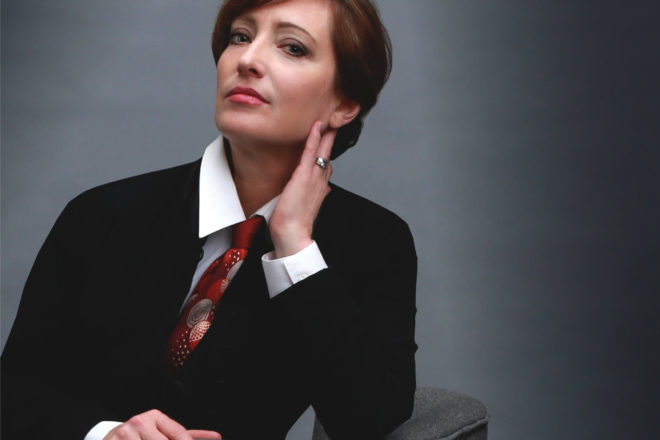 Janet Planet has been paying her dues and studying the craft of singing for more than three decades, steadily building a career that began with a high school talent show performance. She’ll show off her talent at the Fishstock Concert Series Aug. 19 at 7 pm.

As the past century closed and a new one began, music critics have noted Janet Planet’s arrival as an accomplished artist. A productive recording artist, Planet has 22 recordings in her discography to date. Active in all aspects of the recording business, she co-­owns and operates Steel Moon Recording Studio with her husband, saxophonist/composer, Tom Washatka. Planet also co­-founded Stellar Sound Productions in 1995, a recording label that has consistently earned praise from reviewers for both exceptional artistic content and high production values.

Planet is a commercial demo singer for Hal Leonard Publishing and voice over talent for radio and television. A sought-after clinician on voice technique, she is adjunct professor of jazz vocal technique at Lawrence University in Appleton. A passionate teacher, Planet frequently shares with students and others her knowledge of vocal technique, jazz history, performance careers and the music business.

Tickets are $20 and can be bought online at fishstockmusic.com or at the box office. The Fishstock Music Series is held at Camp David, the corner of County F and Maple Grove Road in Fish Creek.