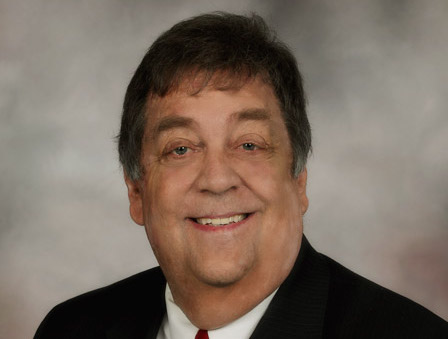 Jay Zahn will retire at the end of this year as Door County treasurer after three decades in office – the longest term for that office in county history, he said.

“I could have gone a few more years,” Zahn said, “but I decided I’m going to enjoy life. I’ll continue to be involved with my church and the historical society. I’m a big Packer fan and a season-ticket holder.” (And, though he didn’t mention it, he’s also a legendary bridge player.)

Zahn started his bid for a county-government seat with the county clerk’s office. He ran for that seat in 1982 and 1988, finishing second both times. In 1990, when his uncle, Chester Ostram, was retiring after 18 years as county treasurer, Zahn was one of seven people who filed for the position. Following that election, he never ran opposed again.

When he took office in January 1991, the deputy in the treasurer’s office was Shirley Moeller, who had been there for decades.

“She was a tremendous help,” Zahn said. “We kept all the records by hand, often going to other offices to search for data, adding up multiple bills and then entering them in the one ancient computer we shared.” Today, the treasurer collects not only property taxes for the county, but also school taxes and local taxes for 15 of the 19 municipalities.

Though Zahn’s public role has made him well known to many, his job represents only a fraction of the service he’s provided to the community where he was born and has lived all his life, except for his years away at college.

The oldest of Gail and Roger Zahn’s four children, Zahn was born in Sturgeon Bay and, since he was 18 months old, has lived in the house his dad built across from Culver’s.

For many years, the family owned about 100 acres of cherry and apple orchards, and, like so many Door County children, the Zahn kids grew up picking cherries – “from 6 to 9 every morning,” he recalled.

By the time Zahn was 12, he clerked after school and during the summers at Zahn’s Green Thumb, the store his dad built on the northwest corner of Highways 42/57 and Gordon Road. It was enlarged many times during a 45-year span to sell the fruit and produce from his mother’s huge garden.

“In those days,” Zahn said, “we added up the total for an order by hand on the grocery bag. Some customers insisted on checking my figures, but I was always very accurate.”

Zahn attended Sevastopol, played trombone in the band, appeared in every school play and musical, and graduated in 1975 with a class of 85 – the largest ever at that point. He attended UW-Oshkosh as a radio, TV and film major, but he missed a semester during his junior year while awaiting a kidney transplant. That kidney lasted 14 years. When it failed, his mother was the donor for a second transplant.

Zahn graduated in December 1979 and three days later applied for a news broadcaster job at WDOR. He interviewed with Ed Allen Jr. and was hired on the spot to begin work a week later.

So Zahn jumped right in, earning $5 an hour. The station was the only one in Door County in those days, and he said it reminded him of the TV show WKRP in Cincinnati.

“Our major broadcast was at 7:30 am,” he said. “We called the local hospitals every morning to see if there had been births or deaths. I called the Algoma hospital one day and was told there was a new baby. They had the mother’s name, but not her husband’s, but they gave me the street address and told me to look it up. Well, there were two men with the same last name at that address, so on the air, I said, ‘Mrs. So-and-So has a new baby. We don’t know who the father is.’ I didn’t realize what a terrible thing I’d done until I stopped by the police station, and Sheriff Baldy Bridenhagen was doubled over laughing.”

Along with his treasurer’s duties, Zahn has served in many other roles: as a past president of the Rotary Club of Sturgeon Bay, the Jaycees and the Wisconsin County Treasurers Association; a member of the Sevastopol Board of Education for nine years; treasurer of the Miss Door County organization for 25 years; the current president of the Door County Historical Society; and a long-term member of the St. Peter’s Lutheran Church Council (and, of course, its treasurer).

“I’ve met a lot of nice people,” Zahn said of his career, “and have enjoyed working with voters. I’ve always answered my own phone, and a lot of people – especially from big places like Chicago – are amazed that they are speaking to the treasurer in person.”