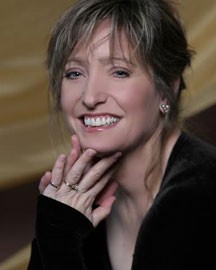 The Janet Planet Jazz Trio will take the stage at Peg Egan PAC on June 28 at 7 pm in Egg Harbor.

Jazziz magazine hailed her as a “Voice of the New Jazz Culture…amazingly powerful with seemingly limitless expression.”

Janet Planet has been paying her dues and studying the craft of singing for more than two decades, steadily building a career that began with a high school talent show performance. Her 1985 release, Sweet Thunder, brought Planet to the attention of Steve Allen who wrote, “There are so many dumb and inarticulate singers today. It’s a pleasure to hear someone who knows what singing is all about.” As the past century closed and a new one began, music critics have noted her arrival as an accomplished artist. A productive recording artist herself, Planet has 23 recordings in her discography to date.

This concert takes place at the Peg Egan PAC on Church Street in Egg Harbor, and it’s free to the general public. In case of rain, concerts will be held at the Calvary Methodist Church in Egg Harbor. All shows are subject to change. Check the Village of Egg Harbor website (villageofeggharbor.org) for updates. Bring lawn chairs; carry-ins allowed. For more information call 920.493.5979.