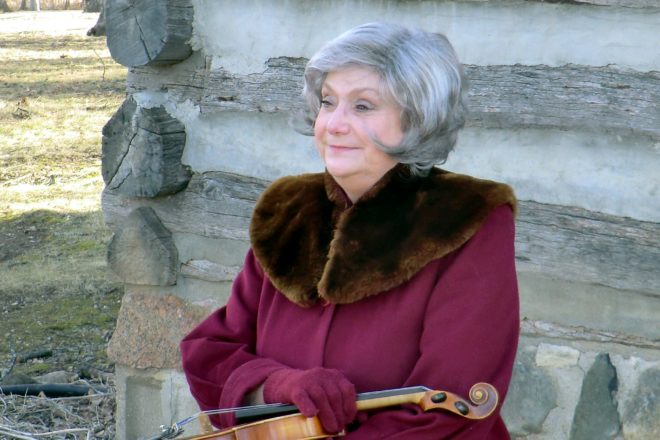 Historical impressionist Jessica Michna is widely known for her impressions of First Ladies, including Abigail Adams, Edith Wilson, Dolley Madison and Eleanor Roosevelt. As of this May, Michna has been portraying historic women for 16 years. When she first began in 2000 she was already working a full-time job, which limited her availability and ability to travel to venues. Now, Michna operates as a full-time impressionist with 16 programs portraying 13 different women. Her work takes her across the country and has even taken her overseas to Brazil, Japan and New Zealand.

Portraying these women, Michna said, takes a tremendous amount of time and effort.

“I do an extensive amount of research,” she explained. “It takes at least two years to prepare a woman.” 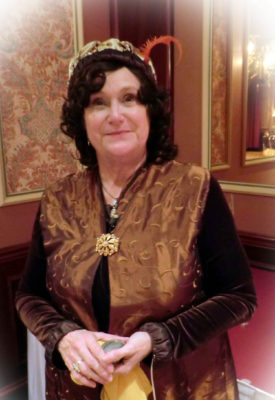 Michna does not use biographies to collect data on her subjects. Her method involves digging in archives, libraries and historical society and governmental records to pull out small details about everyday life in addition to biographical facts. This research helps to inform the content of Michna’s presentation while also aiding in the development of her appearance. Thanks to Michna’s meticulous research, her outfits and props are as close to historically accurate as possible.

Once she has gathered her information, Michna must decide how she will present the historic lady. What period in her life will she portray? What will the person present? Once she has answered these questions, she can begin writing a script.

Michna writes “elastic” scripts, which can be lengthened or shortened as needed. She is constantly taking note of the audience as she performs. She can adjust her presentation based on the audience’s reactions and enthusiasm, or to fit time constraints.

“The inside limit is about 40 minutes,” Michna said. “But some places want you to go on for two hours, if possible…[Adjusting the presentation length] won’t change the story or detract from the story; it would just be excluding small details.”

Accuracy is Michna’s goal. As such, she is careful to identify herself as an impressionist.

“I am not a reenactor,” she asserted. “Those are different animals. I’ve heard them make up stuff as they go along rather than just saying they don’t know…When I don’t know the answer, that’s when I say I don’t know.”

Michna’s interactions with attendees are largely positive, but there are some people who take her impressions a little too personally.

“I have what I call Mary-haters,” she explained. “There are just some people who hate Mary Lincoln. They can’t tell you why, they just do. I’ve been shouted at, I’ve been struck, I’ve been pushed. I had one incident where I was supposed to be standing with an actor portraying Lincoln and a man came and stood on my feet to prevent me from standing next to Lincoln…You have a lot of interesting experiences.”

This negative reaction to Mary Todd Lincoln was at first shocking to Michna.

“It surprised me; I was not prepared for the kind of absolute vitriolic reaction…The other ladies don’t garner that kind of hatred.”

Despite such hostility, Michna does not find Mary Lincoln to be the most challenging woman to portray. That superlative, she said, belongs to Helen Keller.

“I think the most challenging, really almost frightening was the portrayal of Helen Keller,” she stated. “I was commissioned by the International Lions Club and I really wasn’t sure how to go about it.”

Michna said she begins in first person as Helen Keller, but pays close attention to her audience.

“I am judging my audience as to how much they can endure of Helen’s voice,” she clarified. Because Keller was deaf and could not hear her own words, her speech is often hard to understand. Because of this, Michna will do something she does with none of her other subjects – go into third person to talk about Keller’s life.

Michna portrayed Keller last year as part of the Ephraim Library’s Notable Women series. It was her third performance as part of the series, having also portrayed Eleanor Roosevelt and Dolley Madison. This year, she will take on the role of Laura Ingalls Wilder.