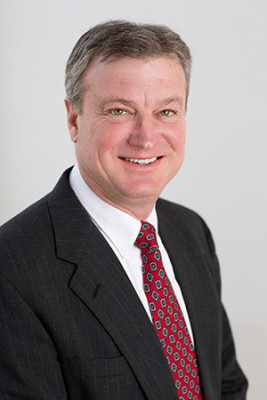 One year ago, I was preparing to take office after my election to succeed Garey Bies as First Assembly District Representative. I walked around the Capitol with my eyes wide and my mouth open, not quite believing that I would soon have an office in this incredible building. I was honored beyond measure to have received the support of the people of our wonderful area but I had heard stories of new representatives going to Madison full of ambitious goals only to be frustrated by their inability to accomplish them. I was worried that the political hierarchy and government bureaucracy would be so entrenched that nobody would care about the concerns of the new guy from Door County. I was also concerned that I would be pressured to ignore my conscience and follow the party line on every issue.

Looking back now, I can happily say that my fears were unwarranted. My opinion has been listened to and valued, and in several areas, I can unequivocally say that I was able to move the trajectory in a direction that better served the people of Northeast Wisconsin. Our bills are often complex and multi-faceted and there have been times when I have voted in favor of a bill in which I did not support every aspect. I did so because I was able to influence and modify the bill through the process and in the end, I was satisfied that I had made it as palatable as possible for my constituents and that the good outweighed the bad. This was especially true of the Budget Bill, which was 1,800 pages long.

My first indication on arrival in Madison that my opinion would be valued was when Speaker Robin Vos appointed me vice chairman of the Education Committee, one of the most important and active committees in the Assembly. Speaker Vos and I had had several discussions on educational matters and he knew that I did not follow the party line on several hot-button issues. He appointed me anyway, because he esteemed my talents and experience above party doctrine. This past summer, I was appointed as chairman of an Assembly workgroup on the Future of Education. Again, the party leadership valued my experience and ability to work with the educational community in a cooperative manner. They have made it clear that they view me as a future leader in the party on educational policy.

Often in the Legislature, the public judges us on how we vote on particular legislation. This is understandable, since it is the most visible part of our duties. It is unfortunate, however, because often the most important work that we do is in stopping or modifying bad legislation. This has been particularly true for me in the education field. The bill to make the State Superintendent an appointed position, the bill to allow early school start dates and the bill to limit local options on school referenda are examples in which I have been effective in killing or strongly modifying ill-conceived legislation.

Beyond education, one of my proudest accomplishments has been my work to secure $4.2 million in the budget for the reconstruction of the Kewaunee Harbor. The seawall in the harbor is literally falling into the water and there was no possible alternative funding source. Without a new seawall, the redevelopment of Kewaunee’s beautiful harbor is impossible. This was a team effort involving many community members but in the end, it will be a crucial part of the revitalization of Kewaunee County. In this very tight budget cycle, Kewaunee was the only town in the state to receive funding of this type.

Environmental issues are possibly more important in our area than in any other in the state, and they have consumed a good deal of my attention during the first year. Early in the term, the Governor signed my bill making Wisconsin one of the first states to outlaw the sale of beauty care products containing plastic microbeads. These microbeads are an environmental threat in our lakes and can be easily replaced in beauty products with biodegradable substitutes.

Additionally, I helped lead a coalition of members in my party, which successfully fought to restore funding for the Knowles-Nelson Stewardship Fund in the State Budget. This fund has been invaluable in preserving many of the treasured natural areas in Door and Kewaunee counties. For this effort, Gathering Waters, Wisconsin’s alliance of land trusts, presented me with the Policymaker of the Year Award.

I continue to work on the groundwater contamination issue in Kewaunee County with the DNR and local government and community leaders. We anticipate an announcement of implementation plans in the coming weeks.

While our state has regained the jobs lost during the recession and has its lowest unemployment rate in 14 years, wages have not returned to pre-recession levels. The major hindrance to business growth, in our area as well as around the state, has been a lack of workers, particularly in the skilled trades. A quick walk through the Sturgeon Bay Industrial Park or a peek at the Job Center of Wisconsin website will tell you that businesses are begging for workers and it is affecting their growth plans.

One of the primary focuses of my Future of Education Workgroup has been to better expose students and their families to the myriad of exciting, high paying careers available without a four-year degree. At the same time that we have countless unfilled positions, we have many students graduating from college, saddled with high debt and unable to find employment. This is a high priority for the Governor as well as the Legislature, and I will bring forth a bill in the near future to initiate a pilot program to help address this issue.

Another enormous threat to the future of our state, which receives little attention, is the dramatic increase in spending for Medicare and Medicaid, caused in large part by the aging of the Baby Boomers. In Governor Doyle’s last budget they consumed eight percent of the budget and in the most recent budget it had grown to 17 percent. The most recent budget increased total spending over the previous budget by more than twice the inflation rate but that extra money, and more, was consumed by these programs. I believe it was a mistake of the administration to have not accepted the federal money for Medicaid expansion, but the extra funding would not have come close to meeting the increases we are facing. The cuts to nearly all other areas of the budget were largely caused by the need to shift funds to these programs. We have given parameters to the Department of Health Services to come up with a plan to make these programs more efficient but any changes will be very difficult politically. Much like Social Security on the federal level, we all realize that these programs are unsustainable without changes but the backlash is tremendous when anyone suggests them. I dearly hope that we will be able to put aside party politics and attack this problem in a bipartisan manner so that we can preserve these programs for those in our society who are most vulnerable.

Overall, serving as your Assemblyman for the past year has been an unbelievably positive experience. When I was campaigning for the position, knocking on doors seven days a week for months on end, I seriously wondered why anyone would put himself through it. Running for office exposes one to the very real possibility of public humiliation and if you are successful, you cannot possibly make everyone happy. Looking back, it was one of the best decisions of my life. Yes, I am routinely frustrated by the political gamesmanship involved. When Legislators on both sides introduce harmful legislation to score political points, I am disgusted. These tactics only increase the public’s cynicism about politics and make it more difficult to work in a bipartisan manner. Yet overwhelmingly I am impressed by the quality of individuals who have entered public service. We may disagree on issues but, like me, they are sincerely trying to do what is best for their constituents and our state.

I would like to thank the community for allowing me the opportunity to represent you in Madison. I would especially like to thank my wife, Sherry, for her sacrifices in allowing me to be away from home so much. It is indeed an honor to serve you all and I always welcome your input on the issues that face our great state.