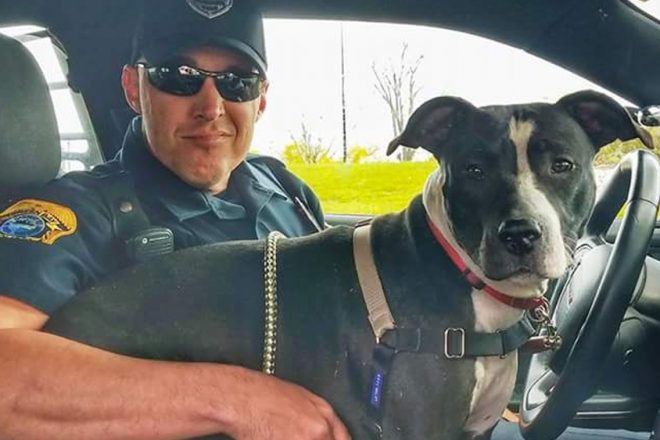 Joel Ryan couldn’t be a more perfect fit for the final music performance outside the Gnoshery board-game cafe as Sturgeon’s Bay’s Under the Stars night-market series comes to an end this summer.

“I’m an avid gamer and aspiring board-game designer,” he said, so an invitation to play by the new game store “was a nerdy dream. I had to accept.”

Ryan toured the states with his former band, Boom Candle, for seven years; has released three albums of original music; and is returning to music after a five-year hiatus.

When not pursuing hobbies that include photography, filmmaking, games, cooking, music and fostering dogs, Ryan works for the City of Green Bay as a police officer. He’s known there as “Skateboard Cop” for taking a longboard to his job, working to end laws and attitudes viewed as discriminatory against skateboarders, and starting K9 for a Day: a program in which shelter dogs accompany him on patrols and inspire adoptions.

Ryan describes himself as an “eclectic hot mess of wild ideas,” with a conglomeration of musical tastes and genres to match. For the night-market performance, he plans to share re-creations of songs from the likes of Lady Gaga to Tracy Chapman.

“Musically, I’ve always looked at each song as a chance to try something new,” Ryan said. “Country, blues, rap, EDM – I wanna try to make it all.”

Ryan’s latest library of originals includes a slow acoustic ballad, a techno-style track and a nod to traditional hard rock or metal. He even blends all these things under the incongruous title “The Marshmallow Song,” combining acoustic-guitar melodies, electronic beats and vocals that hint at heavy metal.

Ryan has a handful of these new originals available on his website, and he’s currently writing the script and music score for a Krampus Christmas play.

The Gnoshery and Door County Candy are collaborating to host Joel Ryan on Aug. 28, 6-9 pm, during the final 2021 Under the Stars night market along Sturgeon Bay’s Third Avenue.