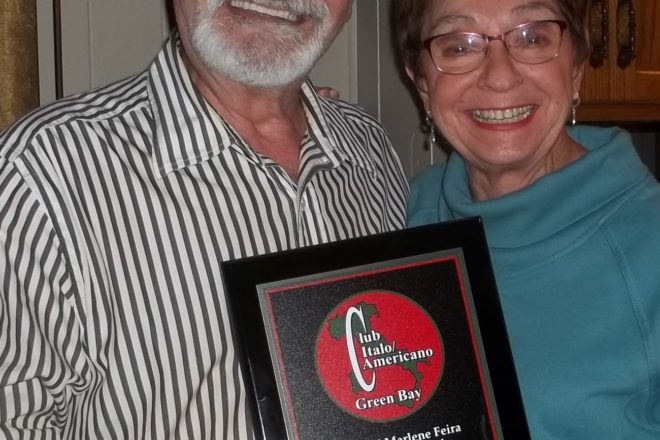 John “Giovanni” Contratto of Sturgeon Bay is the first recipient of the Pete and Marlene Feira Founders Award, given by Club ItaloAmericano of Greater Green Bay (clubitaloamericano.org, facebook.com/ClubItaloAmericanoGB), a social organization for those with a passion for Italy, Italian heritage and way of life.

The award, named for two of the club’s founding members, recognizes exceptional contributions in furthering the club’s objectives and promoting Italian heritage and culture within the greater Green Bay community.

Contratto, a longtime and dedicated club member, was instrumental in creating the club’s first Musicale in 2008 to honor the 150th anniversary of Giacomo Puccini’s birth. It has since become a popular annual event, which Contratto continues to co-chair and emcee. He has also served on the club’s board of directors and as its librarian.