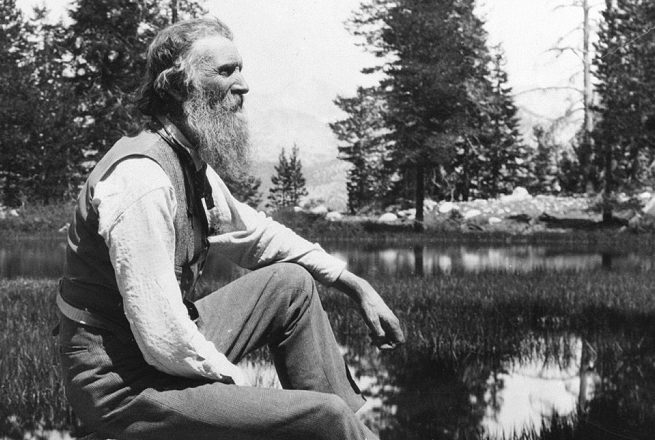 “When I was a boy in Scotland I was fond of everything that was wild, and all my life I’ve been growing fonder and fonder of wild places and wild creatures.” – John Muir, The Story of My Boyhood and Youth 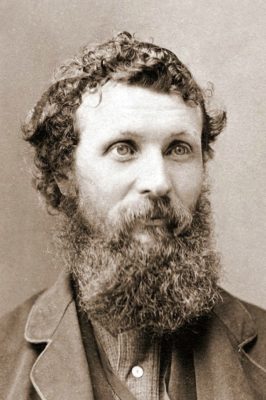 The great naturalist John Muir devoted much of his time to the preservation of some of America’s most beautiful landscapes. His advocacy led to the preservation of the Yosemite Valley and the founding of the Sierra Club. His name has become intertwined with and inseparable from the National Park Service, which celebrated its centennial on Aug. 25. But before he earned renown for his work in preservation and conservation in the Golden State, Muir was a young man living in Wisconsin.

“Muir was raised for part of his life in Wisconsin, and is considered a pioneer son,” said Trudy Herbst, Executive Director of the Door County Historical Society. “Those were the years of his boyhood and he got his start here; he was encouraged and supported by people here in Wisconsin before trailblazing out in California and working to establish the National Park Service.”

Born in Scotland in 1838, Muir immigrated to the United States with his family at the age of 11, settling in the “oak openings” region of central Wisconsin. Muir’s father built a shanty approximately ten to twelve miles from Portage, the nearest town. It was here in the Wisconsin backcountry that Muir began his lifelong love affair with the American wilderness, growing acquainted with the region’s birds, frogs, snakes and turtles as he explored with his brother David.

“This sudden plash into pure wildness – baptism in Nature’s warm heart – how utterly happy it made us!” Muir reveled in his book, The Story of My Boyhood and Youth. “Nature streaming into us, wooingly teaching her wonderful glowing lessons…Here without knowing it we still were at school; every wild lesson a love lesson, not whipped but charmed into us. Oh, that glorious Wisconsin wilderness!”

Equally enticing to Muir were the books he borrowed from his neighbors, which included works by Sir Walter Scott, Shakespeare and John Milton. As a boy Muir would attempt to stay up late reading, only to be ordered to bed. When his father told him he could instead get up in the morning “as early as you like,” he took advantage of the offer and, much to his father’s chagrin, began waking at 1 am. 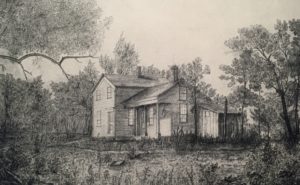 The Muirs built a second farmhouse in 1857, known as the Hickory Hill House. Illustration by John Muir.

At the age of 22, Muir took up studies at the University of Wisconsin in Madison, where he spent “so many hungry and happy and hopeful days.” After his time in Madison, Muir left Wisconsin and spent time exploring Iowa, Illinois, Indiana, Canada, Florida, and Cuba before arriving in San Francisco on March 28, 1868. In California he began the work that would raise him into, as documentary filmmaker Ken Burns said, “the pantheon of the highest individuals of our country…people who have had a transformational effect on who we are.”

“Wisconsin’s John Muir” will be housed in the Vignes School in the Heritage Village at Big Creek and in the Lower Level Learning Space of the Collins Learning Center at Crossroads at Big Creek from Aug. 31 – Sept. 11. A limited supply of John Muir’s book The Story of My Boyhood and Youth are available, free of charge, at the Sturgeon Bay Branch of the Door County Library.

The Story of My Boyhood and Youth, John Muir. Cambridge, Massachusetts: The Riverside Press, 1913.