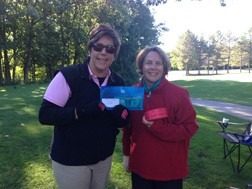 “When we began the Johnny G. Scholarship Fund in 2002, we wanted to raise enough money that the scholarship fund could continue to provide scholarships well into the foreseeable future. We have done this,” wrote the Johnny G. Organizing Committee, including Tony Gonzales, Cathy Hoke, Jason Daubner, Tori Daubner, Bruce Alexander, Jill Alexander and Jodi Gonzales. “As of July 2013, there was over $62,000 in the scholarship fund. In the last 12 years, we have raised over $90,000 and awarded 20 scholarships. Johnny’s legacy will continue for years to come through the students at Gibraltar who benefit from the scholarship in his name.”