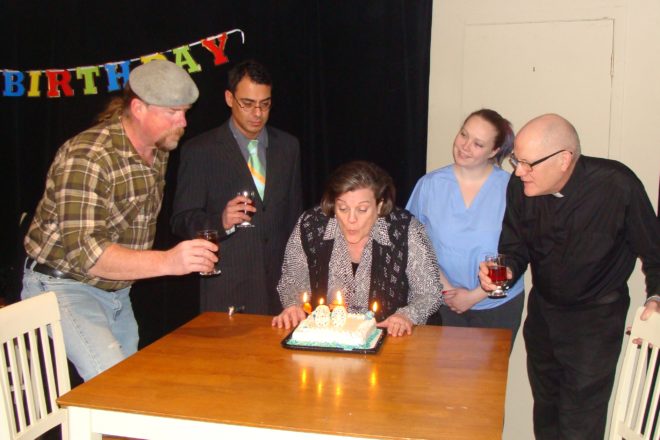 Directed by Stuart Champeau and written by Tony Schwartz and Marylou Ambrose, Eat, Drink, and Be Murdered, takes place at an 80th birthday party, where the McFaddens and the O’Rileys have congregated to honor the family matriarch, Grandma Rose. Trouble is, the two clans have hated each other for decades. The hatred escalated when Rose, an O’Riley, married Finian McFadden and gave him the O’Riley’s secret whiskey recipe. Now the McFaddens are filthy rich and the O’Rileys are forced to work for them at the Wild Irish Rose Distillery.