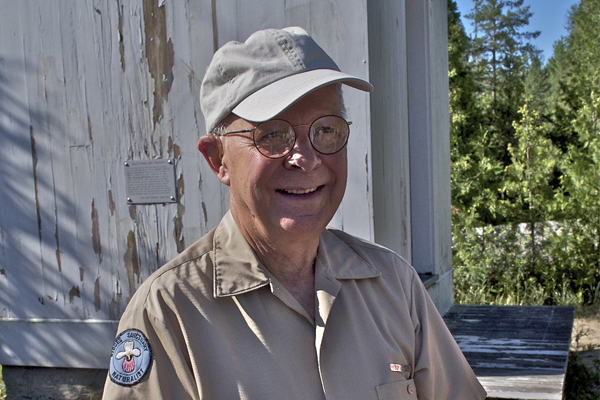 Roy Lukes wrote five books and more than 3,000 articles about the nature of Door County. The naturalist, author, and teacher died June 26 at age 86.

Lukes was a teacher when The Ridges Sanctuary hired him as its summer naturalist in 1964, where he quickly earned a following for the depth of knowledge and joy he shared on his nature hikes. In 1968 he volunteered to write a nature column for Door County Advocate editor Chan Harris, and soon became a must read for thousands in Door County and beyond.

“So many people would come up to you and say, ‘Did you see Roy’s story this week?’” remembered longtime reader and friend Nick Anderson. “I’ve always been so completely amazed that he could do the column every week and do the research and all the tours he did. It’s astounding to me. He just loved it.”

He loved it so much, in fact, that it didn’t dawn on him to ask for payment for several years. By then, Harris was happy to oblige. Nature lovers from afar subscribed to the paper simply to get Lukes’ columns, many clipping and saving each article for reference in identifying plants, animals, and taking care of the flora and fauna around them.

Lukes wrote about plants, trees, insects and animals in scientific detail, but with an awe and respect for his subjects that came through in every column. Much of his writing took place during his time living at the Upper Range Light of The Ridges Sanctuary, the Baileys Harbor nature preserve he popularized through his guided tours. He extended the trail system and created an educational program, quarterly newsletter, summer tours, early morning bird hikes and Thursday evening nature programs. He also served as president of the sanctuary’s board of directors for nine years.

“I don’t even know where to start,” said Executive Director Steve Leonard when asked to explain what he meant to The Ridges. “He just took it to a whole other level with programming. He really turned this into an educational facility…Roy made conservation, at The Ridges and in Door County in general, a talking point.”

Lukes wrote more than 3,000 nature columns, nearly all of them illustrated with his own acclaimed nature photography. He wrote first for the Door County Advocate, Appleton Post-Crescent and Green Bay Press-Gazette, before moving to the Peninsula Pulse and Door County Living magazine in 2008.

Peninsula Pulse co-owner and editor Madeline Harrison said that when Lukes came to the paper he brought both readers and newfound credibility to the publication.

“I think one of the most meaningful endorsements of our paper came when Roy approached us about running his column in the Pulse,” Harrison said. “Here was a Door County icon – so widely followed and adored, an absolute guru on the ecosystem of the peninsula – offering to write for us. It meant a lot that he was willing to lend his voice to our pages and bring his readers with him.” 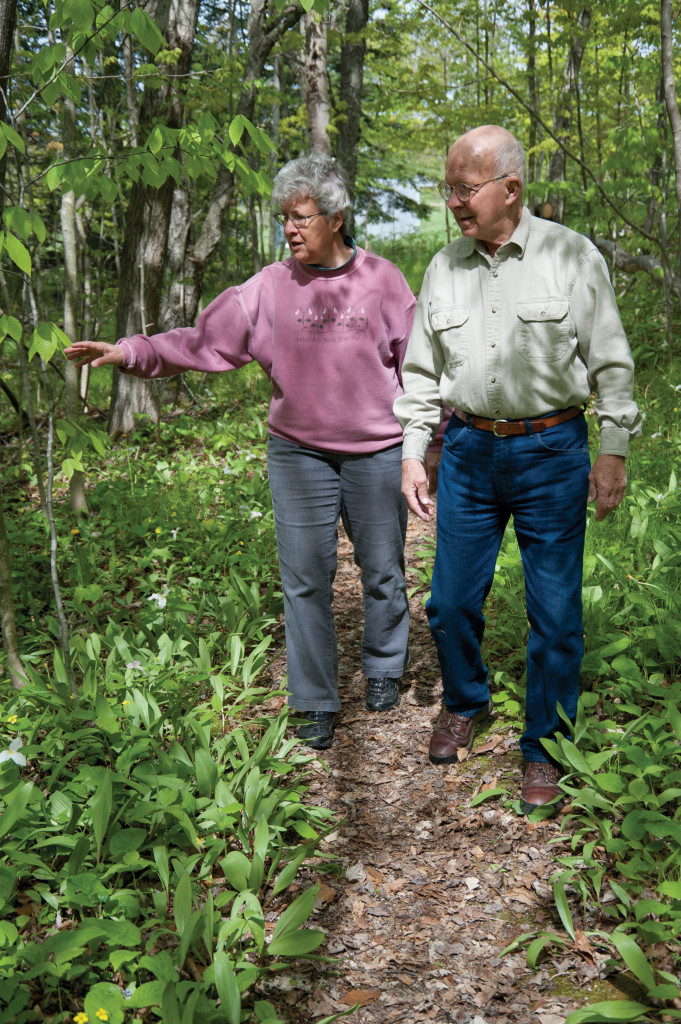 Roy on a hike with his “Partner in Nature,” his wife Charlotte. Photo by Len Villano.

In addition to his columns Lukes wrote five books:  Once Around the Sun, a Door County Journal; Out on a Limb, A Journal of Wisconsin Birding; The Ridges Sanctuary; Toft Point a Legacy of People and Pines; Tales of the Wild, A Year with Nature.

Lukes was born in Kewaunee, Wis. to Adolph Lukes and Esther (Skala) Lukes on Aug. 5, 1929. After graduating from Kewaunee High School he played trumpet in a dance band and played with the Green Bay Packers Lumberjack Band for two years, a fact he remained proud of the rest of his life.

He taught elementary science at Shorewood Hills School in Madison for four years while working to earn a Master’s Degree in Education by 1959 and went on to teach in Wisconsin Rapids, Cottage Grove and eventually back at the Door-Kewaunee Teacher’s College. It was while teaching there that he learned of a summer job at The Ridges Sanctuary in Baileys Harbor, Wis.

Starting in 1966 Roy taught science at the Fish Creek School and Gibraltar School and then developed his own Environmental Education classes which he taught at Gibraltar, Sevastopol and Southern Door Schools until 1976 when his job at The Ridges Sanctuary expanded to a full-time position.

In 1971 he hosted some friends for a tour of The Ridges. One of their guests was Charlotte Koch of Milwaukee, Wis., whom he married May 27, 1972, and would come to call his “partner in nature.”

Lukes was honored by nearly two dozen educational, literary, civic and environmental organizations over the years. In 2002, Lawrence University presented Lukes with an honorary Doctor of Science degree. In 2003 UW-Oshkosh honored him with a 50th alumni anniversary award, and the UW-Oshkosh Chancellor’s Medallion in 2004. He received Lifetime Achievement Awards from the Gathering Waters Conservancy in 2014, and the Wisconsin Society for Ornithology in 2015.

Roy was a life member of The Ridges Sanctuary, The Clearing, the Door County Historical Society and the Friends of Toft Point. He had a close relationship with Miss Emma Toft and the Toft family and was instrumental in forming the Friends of Toft Point, Inc., helping the University of Wisconsin-Green Bay to preserve the wildness of the State Natural Area.

But his laundry list of honors and achievements does little to sum up the impact of Roy Lukes, which lives on in the thousands of people he inspired to become environmental stewards through his classes, tours, and columns in a lifetime dedicated to the natural world of Door County.

Said former Ridges board member Carl Scholz, “That was his life, the natural world. He didn’t golf or fish. His joy came in nature.The information that he provided to people made them aware of the natural world. Probably no other person has had the impact that Roy has had.”

Though his knowledge of the Door County environment may be unsurpassed, it’s his passion and excitement for sharing it that his friend will miss most.

“I’ll just miss his wonderful feeling about the natural world,” Anderson said. “He’s always been such an inspiration to me in learning about it. His whole presence was something I admired so much.”

A celebration of the life of Roy Lukes will be held Sunday, August 7, 2016 at 1:30 pm at the Door Community Auditorium, in Fish Creek.

Roy Lukes is survived by his wife, Charlotte Lukes, one sister, Linda (Jerry) Neumann, two brothers, Leo (Ruth) and Richard (Rita) and a sister-in-law, Margaret Kressin, and many nieces and nephews. His parents and older brother, Ivan, preceded him in death.