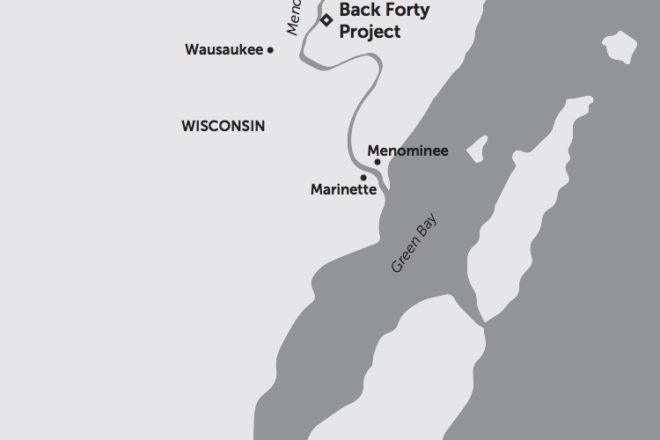 A federal judge dismissed a lawsuit filed by the Menominee Indian Tribe of Wisconsin over the permitting of a sulfide mine that plans to locate in Michigan’s Upper Peninsula. The tribe alleged the Environmental Protection Agency (EPA) violated the Administrative Procedure Act by leaving the state of Michigan to solely administer the permitting process.

The Back Forty Mine, operated by Canadian-based Aquila Resources, received the last of four permits needed to begin operation in June 2018. The Door County Board of Supervisors passed a resolution opposing the mine in July 2017.

The Menominee Tribe maintains the EPA should have exercised jurisdiction over the permitting process because the mine is likely to impact waterways shared by Wisconsin and Michigan, which is used in interstate commerce. The Clean Water Act also mandates the federal government to exercise jurisdiction regarding impacts to shared waterways. The EPA and Army Corps of Engineers left permitting for the Back Forty Mine to the Michigan Department of Environmental Quality (DEQ), which granted all four permits.

“In essence, the Tribe seeks to challenge the underlying EPA decision made in 1984 that allowed Michigan to assume permitting authority over Section 404 permits related to the Menominee River,” Griesbach wrote in his ruling.

The Menominee Tribe is expected to appeal the decision.