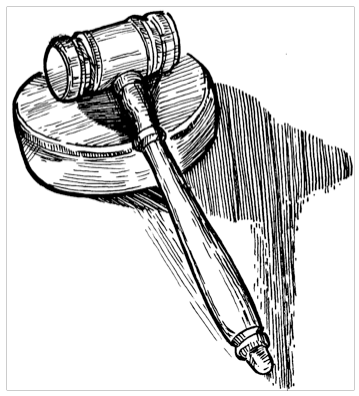 When Marinette County Circuit Judge Jim Morrison talks about the success of the adult drug-treatment courts in Marinette County, he doesn’t point first to cost savings or reduced recidivism rates. He starts with a number.

“Eight,” he said. “We’ve had eight babies born to participants in our drug court and born drug-free. We’re not encouraging these girls to get pregnant, but that was going to happen anyway, and now [these babies] are not born addicted to drugs, [with] all the issues and misery that come with that.”

Morrison led the charge to launch the treatment court in Marinette, which inspired Door County Judge David Weber to start one here. That effort will become a reality in 2020 thanks to a $140,000 Treatment Alternatives and Diversion (TAD) grant the county was awarded in November.

Those funds will allow the county to hire a drug-court coordinator and pay for drug testing and other costs associated with the court. When Weber took the bench as an appointee of then-Gov. Scott Walker in 2016, he quickly recognized the sense of futility that many judges have felt when repeat drug offenders appear in their court.

“The science does show that incarcerating people doesn’t really do a lot for this,” Weber said.

The National Center on Addiction and Substance Abuse at Columbia University estimates that only 11 percent of incarcerated individuals in need of substance-abuse treatment receive it in jail or prison. Studies have shown that the recidivism rate for those who go to prison with addiction problems ranges from 75 and 90 percent.

And incarceration alone does very little to disrupt the cycle of addiction.

“Addiction is an illness, but the consequence of the illness is serious crime,” Morrison said. “History has told us that when we send someone to jail or to prison, their chances of coming out sober are very high, but staying sober is very low.”

That’s because when offenders get out of prison, they tend to go right back into the social system where they were using substances and got into trouble in the first place. The treatment court allows the system to treat the person within the larger community.

“Everybody in our drug court gets a full-time job, gets an apartment, belongs to an AA or NA group, develops strong, sober relationships,” he said. “After 12 months or 18 months, they’ve developed the tools, and they’ve been using the tools. In prison, they haven’t been using the tools. They also get intense supervision – much, much more than a probation officer.”

The TAD grant covers two years, followed by a review that could renew it for up to seven years total. The grant pays for a coordinator for the program and a part-time substance-abuse counselor.

An attempt at an OWI court in 2010 stumbled, in part because the sheriff and district attorney weren’t entirely on board.

“I can’t emphasize enough how essential it is to have various agencies on board,” Weber said. “The judge, the DA, the sheriff and the chief of police, and the Department of Health and Human Services are all very supportive of this. For probably the first time, we have all of the key players on the same page on this.”

District Attorney Colleen Nordin said she wants to get as many eligible individuals into the treatment court as possible.

“I was a defense attorney for a long time,” Nordin said. “On that side of the aisle, you can see where the addiction generates more problems in their lives and can be the motivation for many of the bad decisions that lead to a spiral in their lives. We see so many who come before us where addiction is the underlying cause. And if we don’t treat that, we’re just going to see them back in front of us.”

The treatment court is aimed at felony offenders who commit crimes largely as a result of or related to their addiction.

“Essentially what they need is more dedicated supervision than probation,” Weber said. When an offender is sentenced to probation, they generally have monthly touchpoints with a probation officer and conditions to meet. Treatment court allows for much more intensive supervision.

“You have daily contact with the coordinator, with employment, with schooling, with family,” Weber said. “You have randomized testing three times a week and an appearance in court every week.”

That court appearance includes the district attorney, treatment professionals, defense lawyer and the judge for a discussion about how the offender is doing.

“It’s not adversarial. It’s intended to be very supportive,” Weber said. “They get the sense that people are actually invested in them. That’s not something they’ve ever had in their lives.”

The treatment-court track is voluntary, and it’s no cakewalk. “It’s not an easy road because someone is meddling with them literally almost every day,” Weber said.

“My argument was that what we’re doing is not working,” Morrison said. And it was expensive. Estimates of what it costs to keep someone in jail vary, but they hover around $100 per day, or $30,000 to $40,000 per year. The drug court gets them out of jail in 20 to 30 days and back into the community, working and paying taxes under supervision.

“The sheriff was on board,” Morrison said. “The district attorney was more skeptical, but he was willing to do it.”

But five years later, people have bought in. Morrison said his courts have graduated 26 people; 30 were kicked out; and another 15 people are in the process now.

It’s not a perfect success rate, but it’s markedly better than the success rate of sending offenders to prison – and much less costly. The Door County court should be up and running by late spring of 2020.