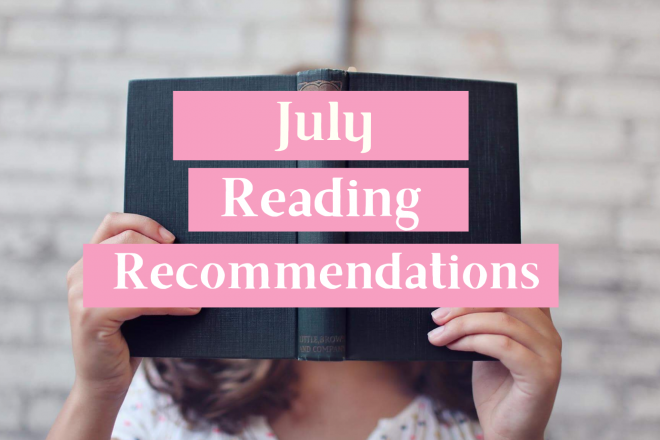 Looking for something to read but aren’t sure what to pick up? Try one of these recommendations this month! Who knows? Maybe you’ll find your next favorite read.

The Victorian era may not seem like the first choice for poolside reading, but The Heir Apparent brings a lively wit to a famously stuffy time.

This page-turning biography takes a fresh look at Edward VII, the hard-partying, womanizing son of Queen Victoria. Ridley illuminates the complex character of one of the royal family’s most notorious members, from a troubled childhood through the twists and turns of a colorful and scandalous life. Along the way, she offers a thoughtful commentary on the changing meaning of class, gender and family in an age of extremes.

Come for the outrageous affairs and royal gossip; stay for the first-class history.

Vivian Morris, recently kicked out of Vassar, turns out to be a square peg who does not want to fit into what 1940s American society has planned for her. She’s sent to live with her Aunt Peg, the owner of a theater in New York, where Vivian blooms into a carefree bon vivant, taking in all that life has to offer.

In response to a letter asking, “What were you to my father?” an elderly Vivian looks back on her life, choices and the incident that caused her to start on a path toward finding herself and her place in the world.

This coming-of-age novel – told as a reminiscence that answers the question in the letter – entertains with colorful characters and interesting locations while raising thought-provoking questions about morality, societal expectations and being comfortable in your own skin.

The Guncle is a story full of wit, humor, love and a good dose of family drama.

Patrick is completely unprepared to care for a six- and nine-year-old, just as the kids are completely unprepared for their time with GUP. Quickly, though, the three of them find a rhythm that works, complete with Guncle Rules, including Guncle Rule #10: Don’t trust any label you don’t know, and Guncle Rule #1: Brunch is splendid. The Guncle leaves you smiling on every page with brilliant writing, charm and humor that will keep you coming back for more – and looking for more to read from Rowley.

If you’re a fan of a classic fantasy story, this is the one for you.

After a fight at school, Karigan G’ladheon leaves and contemplates her future during her long journey home. But on the way, she stumbles upon a man in the woods, cloaked in green and dying from arrow wounds. He tells Karigan he’s a Green Rider: one of the king’s legendary messengers, and he has a life-or-death message that must get to King Zachary.

With no one else around, Karigan reluctantly agrees to carry the message – which leads to disaster. She finds herself racing through the woods to escape assassins, following a path that only her horse seems to know and trying to avoid the “shadow man,” a mysterious figure the Green Rider has warned her about.

This story is such a fun ride (no pun intended) as it incorporates multiple points of view and weaves in a host of great characters. This late-1990s release has all the classic high-fantasy vibes of magical creatures, epic battles, romance and a sweeping, full-bodied fantasy world. And, as with many high-fantasy books, it’s the first in a series of seven, with the last expected to be published this year.