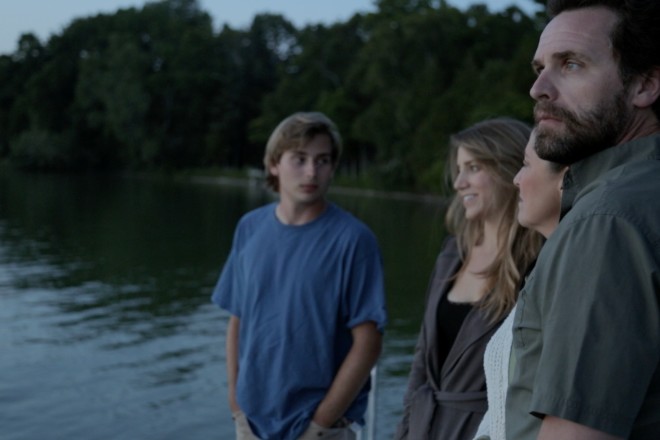 (From left): Evan Board, Rebecca Weaver, Claire Morkin and Steven Koehler star in June Falling Down. Photo by Chris Irwin.

June Falling Down, a feature film made in Door County by Rebecca Weaver and Chris Irwin, will make its world premiere at the Wisconsin Film Festival on April 16 and 17 in Madison. The movie features a number of Door County actors and musicians, including Nick Hoover, Claire Morkin (Third Avenue Playhouse), Justin Pahnturat, Evan Board, Joanna Becker, Elliot Goettelman, and Steven Koehler (Northern Sky Theater) as well as performances by Katie Dahl and Big Mouth Trio.

Advance tickets for the first screening on April 16 have sold out (rush tickets may be available at the door), but tickets for April 17 can be purchased on the Wisconsin Film Festival website (wifilmfest.org).

Screenings will be on April 16 at 7 pm and April 17 at 8:30 pm at UW-Madison’s Union South Marquee. Rebecca Weaver and Chris Irwin will attend both showings and hold a Q&A afterward. Tickets available at wifilmfest.org or by calling 608.265.2933.