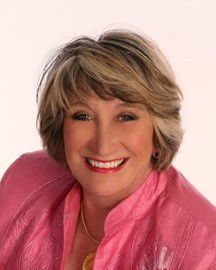 Kathryn Childers, a member of the first group of female U.S. Secret Service Agents, will speak at the Women’s Fund Celebrate Women! Luncheon on August 22 at Stone Harbor Resort.

“I was never intimidated by the boys,” Childers says. After becoming a Secret Service agent at age 20, Childers felt she had to be as good or better than the men to be accepted. She soon learned that, “My sense of humor was better than being better.”

Childers is a nationally sought after speaker that shares her personal mantra of “Do It Scared.” It was crafted after years of embracing – and more importantly seizing – unique and unexpected opportunities.

Tickets are $40 ($25 of which is tax deductible as a charitable gift).

The Celebrate Women! Luncheon has sold out in previous years; to reserve tickets call 920.746.1786 or visit http://www.womensfunddoorcounty.org.