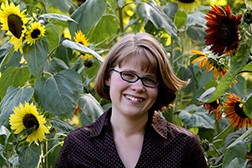 On Jan. 24 at 7 pm, Katie Dahl will present a concert in the Door Community Auditorium’s (DCA) Fireside Lobby. Based in Baileys Harbor, Dahl is a nationally touring singer-songwriter with numerous songwriting awards to her name. Her rich alto voice, incisive songwriting, and quick sense of humor have made her a crowd favorite in Door County and beyond. At the DCA coffeehouse concert, Dahl will launch the Kickstarter campaign for her new album, which will be recorded in February. Audience members who attend the concert will get the first listen to several new songs by Dahl, and they will also have the option of pledging to the Kickstarter campaign for special prizes available only at the DCA show. (No Kickstarter contribution is required to attend the performance.) Dahl will be joined by bass player/percussionist Rich Higdon.

Coffee and dessert service for the concert is provided by Base Camp Coffee Shop. Tickets for the concert are $15, general admission. Advance reservations are recommended and can be made at the DCA box office, located on Highway 42 in Fish Creek. The box office is open Monday-Friday, 12-5 pm. Tickets can be purchased in person, on the phone at 920.868.2728 or online at dcauditorium.org.