The Green Bay Packers will begin the 2016 regular season with a new punter in 27-year-old Jake Schum. The journeyman punter, who was signed by the Cleveland Browns as an undrafted free agent in 2013, has had stints with the Browns, New York Jets and Tampa Bay Buccaneers, before coming to Green Bay. 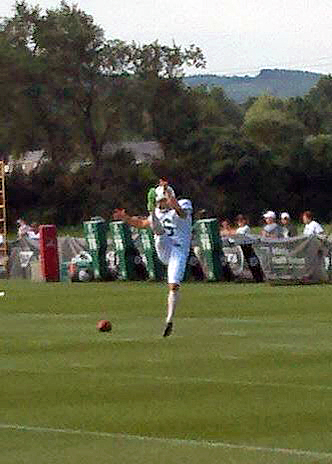 The signing of Schum meant the release of the six-year Packers veteran punter Tim Masthay, who has been with the team since its Super Bowl season in 2010. This transaction came no more than 12 days before the Packers opening game in Jacksonville. Masthay had appeared to win the punting job during training camp, but after Tampa Bay’s release of Schum, Packers general manager Ted Thompson made the move.

The move came as a bit of a surprise to Packers fans as well as Masthay himself. Of course, most NFL enthusiasts and players themselves recite the old NFL adage, “It’s a business,” when moves like these are made. Loyalty only extends itself so far in the NFL, especially when it comes to specialists, particularly punters and kickers.

Transactions with NFL specialists come more frequently and in many cases, shortly before the season or even midseason, without disrupting a team’s chemistry. The primary reason for these changes is kickers and punters are not burdened with having to know the ins and outs of a team’s playbook. Their job is to find immediate success and consistency in kicking.

Of course, a punter’s duty often includes serving as the team’s holder, which could have an effect on a kicker’s performance. But given the amount of time specialists can devote to their specialty, most are able to adapt to new teams rather quickly.

There is good reason for NFL teams to be on the lookout for the best available specialists. In the 267 NFL games in the 2015 regular season and playoffs, 68 (25.5 percent) of those games were decided by three points or less in regulation or went into overtime. All of those games relied on a kicker who could come through in clutch situations and a punter who could give their team an advantage with field position.

In that same span of 27 years, the Packers have had considerably more punters than kickers, using 17 different punters since 1989. Of those 17 punters, Masthay’s tenure was the longest, playing in 96 regular season games, more than any designated punter in Packers history.

Reasons vary for the frequent changes. One can only speculate as to why certain moves are made. Most, however, are simply results of a specialist becoming available. When evaluating both kickers and punters, NFL teams look for kicking accuracy, leg strength and consistency. From a statistical standpoint, measuring a kicker’s performance is often more easily apparent than a punter’s.

Ted Thompson’s reason for making the punting move goes beyond the statistical data that the average NFL fan can evaluate. Scouting reports and film often tell a punter’s story and only time will tell if signing Schum was the right move for the Packers.

Schum has had a unique NFL journey thus far. Since being signed by Cleveland in 2013, Schum has traveled to Tampa Bay, to New York (Jets), back to Tampa Bay, back to New York, and once more to Tampa Bay before being released and signed by Green Bay. During that time, he has only punted for one NFL season, spending the rest on practice squads or training camp rosters before being released. Schum will hopefully find a longer lasting home in Green Bay.