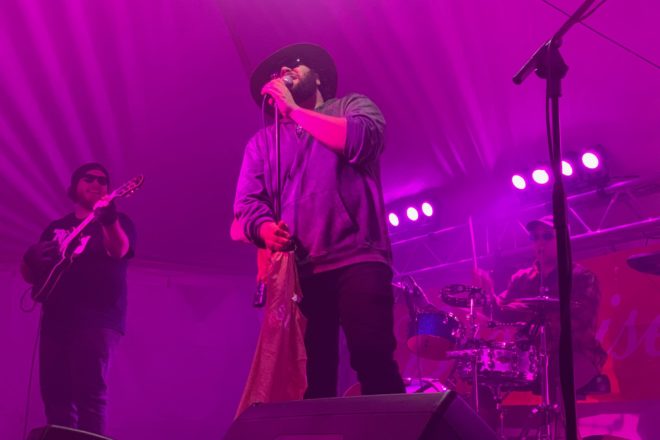 Technically, the summer’s not here yet, but it is on stage. The county’s music calendar is packed with new faces and old favorites.

If you’re in the mood for Guinness-drinking tunes head to Waterfront Mary’s in Sturgeon Bay on Friday night for a blend of Celtic favorites from Gerry Sloan. No, it’s not the former Utah Jazz coach (that would be weird, but cool…and creepy, since he’s dead) but it’s sure to be fun. Or catch covers from the Moonlighters at Stone Harbor.

If you’re up north and want a chill evening vibe, Lewis and Murphy get heads nodding at The Cherry Hut in Fish Creek, or catch reggae and roots from Levi Douma at Boathouse on the Bay. A little later, Ruby James and the Sinners and Saints will get things rolling at The Garage at Husby’s.

Cut through Friday’s fumes with Bachus Lotus at Stabbur over lunch on Saturday. In the evening, catch the Branson-style show of classic country and swing from the Fiddlers Farm House Band in Southern Door. Bonus – Goyitto’s Taco Truck will also be on-site selling food. Or you can pull a 180 – both geographically and musically – and head to Husby’s to dance to Sneezy at the Garage Bar. They’ll take the stage at Peach Barn Sunday afternoon as well.

On Sunday, there are two great shows for two great causes. The Tent Show Troubadours play Waterfront Park in Sister Bay from 1-4 to raise money for defibs4doorcounty. Then at 3 pm the Door Community Auditorium brings together some of Door County’s favorite musicians to showcase their talents during a performance event that celebrates community and musicality. This year, donations will benefit Alice Mattson, an 8-year-old Door County girl who’s undergoing leukemia treatment. Free, but donations are encouraged.

That’s just a snapshot of what’s coming your way this week on stages throughout the Door. Check out the full events calendar for showtimes, details, and locations. And get ready to dance!