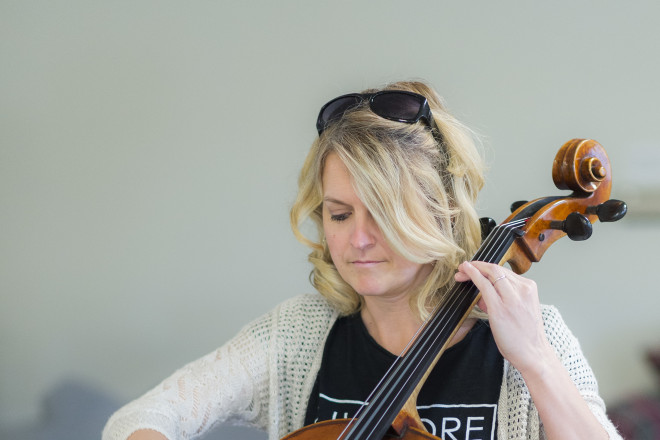 When Kim Souther was in sixth grade, she sat down with her band teacher and expressed her interest in switching from piano to oboe. She loved the mellow sounds of the instrument in Peter and the Wolf, the musical children’s story written by Sergei Prokofiev, and wanted to emulate that sound for her school band. 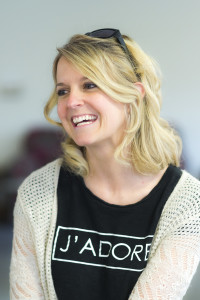 Her teacher said no.

Incidentally, as Souther was processing this rejection, the school’s strings teacher was standing in the doorway and overheard the exchange.

“She said, ‘Hey, you look like a cellist. Let’s try this out,’” Souther recalled. “I stuck with it.”

That introduction to the cello, the four-foot-tall member of the violin family known for having a range very similar to that of the human voice, was the beginning of what has become a successful career of pushing boundaries in genre and style.

Souther, who was classically trained while growing up in Virginia, originally had her sights set on a career of conducting youth symphonies and performing professionally. After earning bachelor’s and master’s degrees in music education, with an emphasis on conducting, Souther did both for a number of years – conducting and touring with highly successful youth orchestras throughout Virginia while also playing professionally.

When her husband, Shannon, accepted a job offer as pastor of Sturgeon Bay Community Church in 2009, Souther began teaching at Door County String Academy and playing for symphonies in Green Bay, Manitowoc, Oshkosh and the Fox Valley.

It was here that her most creative pursuits would begin to unfold, and it all began with a little bit of bluegrass and homesickness.

“My mom was a bluegrass singer when she was in high school,” Souther said. “When we moved here, I moved away from home and I missed [my family] so much. Growing up, she would sing the bluegrass music while she was cleaning and doing other stuff.”

Ironically, Souther (a Milli Vanilli-listening teenager at the time) was not a big fan.

Somehow, hearing it as an adult in Wisconsin not only brought her comfort but inspired her to fuse her passion for cello with her love of home. Her first challenge? Finding a way to make her classical background and instrument work for the American roots music.

“I started listening to these groups realizing that the cello is capable of doing some things that are not typical,” Souther said. “Not only that, but you can play it in different ways.”

Feeling bold, Souther decided that she didn’t want to just think outside the box, she wanted to “get rid of the box entirely.” The classical cellist was rebelling against the rulebook and soon enough, discovered a small network of musicians doing the same.

“It’s a growing trend, people wanting to see what their instruments can do beyond tradition,” Souther said. “It’s a very small community of people but they’re very approachable which in some ways is different than classical music … it’s kind of like a little family of people with a core of 20 to 50 performers internationally that are directing a new movement of, ‘Let’s explore outside the boundaries.’”

Souther wanted to join their ranks. She began attending workshops, frequently as the only cellist in the group. These workshops taught her to think beyond classical, to use electronics with her instrument, and to play genres not typically reserved for cello.

The real game-changer for her came in 2014 with acceptance into the Mike Block String Camp in Vero Beach, Florida. The intensive weeklong camp, intended to “empower musicians to learn new ways of playing music,” introduced Souther to the world of improv and turned her whole musical world upside down.

“After the first day, I was so stressed out because there is so much,” she said. “It’s all new. There is so much music that they throw at you…it’s all to be kept in your head; there is no writing anything down. That was a new concept for me.”

Though overwhelmed, Souther was up for the challenge. She learned new ways of practicing and was diligent in applying those lessons to her cello. It certainly helped that, even after the camp was over, it kept her and her fellow attendees accountable through Facebook and web pages.

“You’re always seeing what those other people you were with are doing,” Souther said. “You’re seeing them put out albums and you’re seeing who you’re working with so it’s always there in your mind. You know you’re going back the next year so you better have something ready that you’ve achieved before you return.”

Achieved may be an understatement. Since returning from the camp last summer, Souther has recorded a demo-turned-album (Missing You, released in April 2015) and been accepted into the highly regarded Silkroad Global Musician Workshop, led by Silk Road Ensemble cellist Mike Block and featuring Yo-Yo Ma. The workshop seeks to “foster a community of globally minded musicians engaged in learning from one another’s traditions and incorporating them into their own artistic voices,” according to its website.

That “globally minded” tagline is exactly what Souther hoped to demonstrate when she recorded a demo for recording studios last year. But when she sent it to her teachers, they urged her to make it into an album. Within months, she had done just that.

With a melting pot of influences, from blues and bluegrass to rock and Brazilian Choro, Missing You is the perfect demonstration of Souther’s transition from classical music to global.

Just ask Marc Golde, owner/operator of Rock Garden Studio in Appleton, who worked with Souther on her debut album.

“I have worked with many classically trained musicians but none like her,” Golde said. “Most classically trained musicians play what they’ve been trained to play and Kim uses an imagination on her instrument. She draws out sounds that are not typical, and techniques. She’s just a really unique musician and very musical at the same time. Kim has something special going on.”

Golde, who describes Souther’s music as avant-garde/New Age/jazz/classical/movie soundtrack/soundscape, said Souther is an example of a real artist – someone who wants “to go beyond what they’ve heard and witnessed before.”

“The thing about Kim and this record is, it’s highly listenable too at the same time, even though it’s experimental. Even if you don’t know what she’s doing, it’s still great music.”

Even after the tracks were mastered, Souther wasn’t resting on her laurels – she was continuing to break the rules and certainly a few strings along the way. When she attends the Silkroad Global Musician Workshop this summer, she’ll have an arsenal of kitchen utensils to bring with her – utensils that she has learned how to apply to her strings in pursuit of even more unique sounds, like a spatula for Bach and metal tongs that, when applied to the cello’s strings, resemble the sound of a knife being sharpened.

She hopes to use those utensils and her lessons from the global musician workshop to write her next album. In the meantime, she is planning a summer tour with the seven-piece Fox Valley rock ensemble Vic Ferrari Band and a fall tour with a number of musicians she met at the Mike Block String Camp last year. 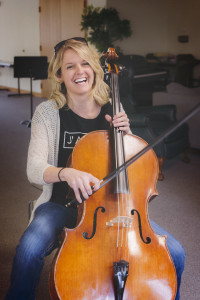 If it sounds like things are going just a tad fast for the cellist, they are.

“Some of the coaches that I worked with last year told me, ‘Don’t expect anything quickly. It’s about a five-year process before you can really get your foot in the door,’” she recalled. “When I was talking to some of these coaches, I said, ‘What should I do? It’s going a little fast,’ and they just said, ‘Ride it. Stay on the ride. It’ll come and go but you’ve sparked some interest so see where it takes you.’ I guess that’s what I’m doing.”

Her pioneering journey with the cello speaks volumes of a musician who, seeing the need for a revolution in the musical world, decided she was capable of helping make it happen.

Kim Souther lives in Sturgeon Bay with her husband, Shannon, and her two children, Madeleine and Will.