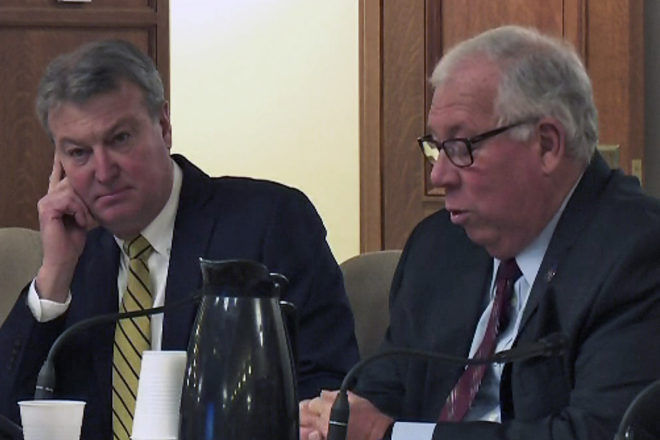 Rep. Joel Kitchens (left) listens as Sen. Luther Olsen talks about his hopes for the Blue Ribbon Commission on School Funding that the two legislators are chairing, during the group’s first meeting Dec. 14. Screen shot from WisconsinEye coverage.

When Rep. Joel Kitchens and Sen. Luther Olsen introduced the Blue Ribbon Commission on School Funding at a Madison press conference on Dec. 14, one of the questions they fielded is how will this effort be different from past attempts to create a more equitable school funding formula?

“The difference is this time we have buy-in from the leadership,” Kitchens told the Pulse. “The Speaker (Rep. Robin Vos) came to me about this. The same with the senate leadership. I’ve talked to the governor about this. They’re all very supportive about getting this done. The speaker’s been there a long time and he doesn’t want to leave without ever having fixed it. This is going to be a real strong attempt at it.”

And Kitchens believes the team chosen for this panel has the experience and expertise to arrive at a fair funding formula that can be presented for legislation in the 2019-20 biennial budget.

“It’s a very impressive group on the committee,” he said (see sidebar for the list of members). “The group so far exceeds expectations.”

In addition to experts he and Sen. Olsen wanted on the commission, the co-chairs also took nominations from Republican and Democratic colleagues. 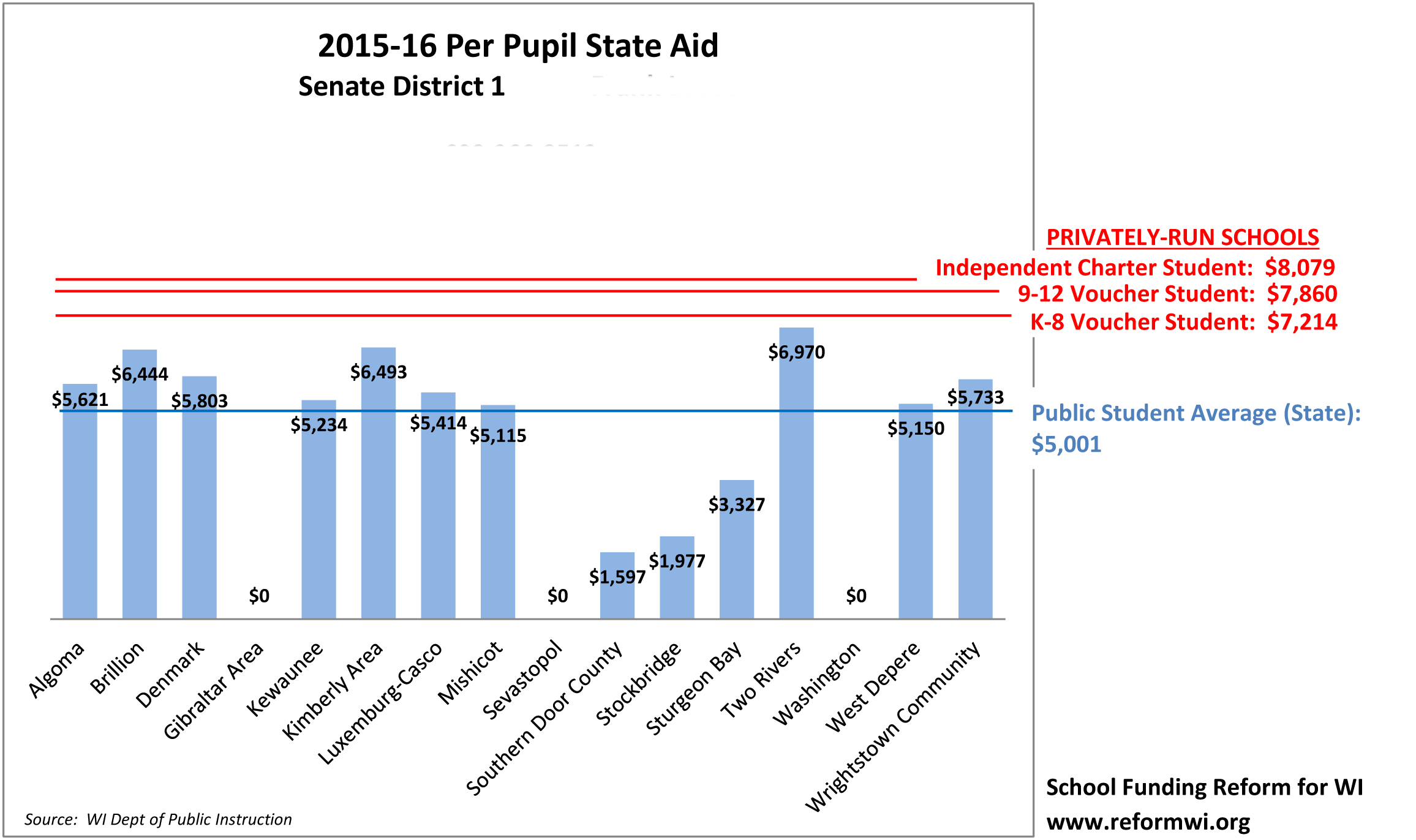 Kitchens, who is vice chair of the Assembly Education Committee, spent 14 years on the Sturgeon Bay School board, 12 of them as board president, before being elected to the Assembly in 2014. Olsen chairs the Senate Education Committee, but he, too, began his political career on his hometown alma mater school board in Berlin, Wisconsin, from 1976 to 1997, the last decade of that as president. He was elected to the state Assembly in 1996 and remained there until moving to the Senate in 2004.

The panel held its first meeting at the Capitol after the Dec. 14 press conference, an information-gathering session (you can watch it at wiseye.org) with experts from the Legislative Fiscal Bureau and the Department of Public Instruction dipping into details of the school funding formula that has grown from its creation in the 1970s into its present convoluted, patchwork system that, it was pointed out, only a handful of people in the state probably truly understand.

“It is very complicated,” Olsen said at the hearing. He added that the commission has been authorized to find school funding experts to help the commission create an equitable formula that works and does not collect dust on a shelf, like too many other government studies and reports.

Kitchens added that the National Conference of State Legislatures (NCSL) will send experts to talk about how other states deal with school funding issues.

Olsen mentioned a 2016 NCSL report that he was involved in called No Time to Lose:  How to Build a World-Class Education System State by State (you can read it at ncsl.org/documents/educ/edu_international_finai_v2.pdf). He said the focus was looking at high-performing education systems in other countries, and the study found those systems had adopted U.S. education policies and stuck to them, unlike, the implication is, our own unwieldy school systems.

One of the key premises stated early in the NCSL report is that since it is unrealistic to expect 100 percent support for an idea, the group should establish threshold for consensus. It suggested the establishment of the “70 percent rule” – an idea is approved if 70 percent of the group is in favor.

As the Blue Ribbon Commission on School Funding members introduced themselves, they talked about the need to fix the system, but several introduced topics that seemed to be tangential to the issue of school funding, so a consensus threshold sounds like it might be a good starting point for this large and diverse group to move forward with tangible recommendations.

Many members also mentioned that being chosen to serve comes with heavy responsibility. Michelle Langenfeld, superintendent of the Green Bay Area Public School District, said the group is working not only for the state’s schoolchildren, but for business, industry and the greater good of all of Wisconsin.

While Kitchens admitted the panel faces a daunting task, he is optimistic that they will be able to come up with something to present to the legislature. He said the panel expects to hold six listening sessions for both urban and rural users of public schools.

Kitchens also has an answer for one of the other questions that always comes up regarding this effort:  Will it cost money?

“The bottom line is, if we’re not willing to put more money into it, it’s going to fail. If some districts win and others lose, it will never get done,” he said. “So it’s sort of understood that it’s going to be an investment to fix this.”