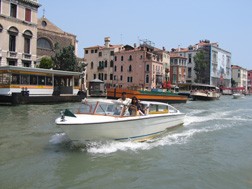 On September 23, the Kiwanis Club of Northern Door will kick off its 2011-2012 travel and adventure film series with a cruise throughout the eastern Mediterranean.

Cruising the Eastern Mediterranean will explore the glorious sites and ancient monuments of this region on a journey originating in Venice and ending in the Land of the Pharaohs. The Greek mainland, Crete, Rhodes, Jerusalem and Bethlehem are but a few of the stops highlighted on this whirlwind cinematic nautical adventure.

Mary Lee Nolan and Sidney Nolan, who have been working in the field of educational media production for over 35 years, will present the program live.

Show time is 7:30 pm at the First Baptist Church of Sister Bay. Admission is $7 or $36 for a six-ticket season pass that is valid for admission to any of the season’s remaining travel films.

Tickets may be purchased at the door. Children under 18 are admitted free; refreshments will be available during intermission. For more information call Gary at 920.854.4825.