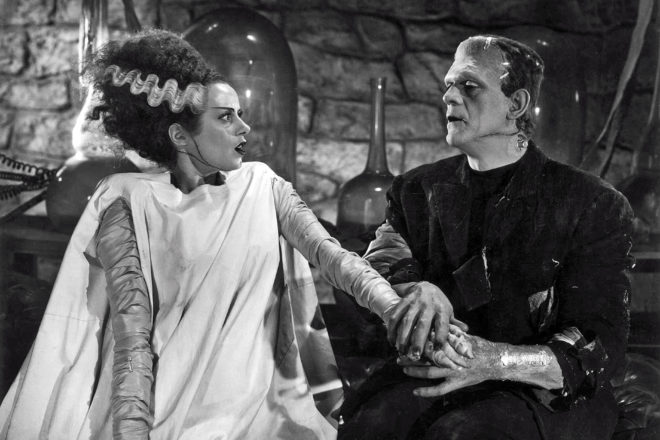 The Bride (Elsa Lanchester) reacts negatively in her first (and last) meeting with Frankenstein’s monster (Boris Karloff) in the 1935 Bride of Frankenstein.

Imagine a time in the not-too-distant past before streaming or cable/satellite TV, before DVDs or VHS and Beta, even, when the only way to see a movie was to go to a movie theater or watch whatever the three local affiliates of the big three networks showed during their commercial-filled late night movies.

And then imagine you are a kid who loves monsters, but who has only read about the classic movie monsters in magazines such as Forrest J. Ackerman’s Famous Monsters of Filmland.

And then one momentous Friday night when you are 10 with a head filled with monsters, one of the local stations announces it is showing King Kong at 11 pm.

After school on that day you go skating at the rink down the street and meet some friends who all agree to meet up for sledding after dinner. Everyone was planning to stay up that night to watch King Kong. You prepare for it with great excitement, and the next thing you know, it is morning, the TV was still on but the station is off the air, and you realize with sinking heart that you slept through King Kong.

I did not get another chance to see it until 11 years later, when I was living in England, one snowy early December night just before the release of the 1976 King Kong.

The BBC aired the original Kong that fateful Friday night, and even on a small TV it absolutely blew me away. Yes, I am talking about a movie made in 1933, and I am certainly aware of the prejudices most people have about movies that were made before they were born, but that just shows me someone who does not truly appreciate film.

King Kong is the greatest monster movie of all time. Period.

First, it’s a great adventure film. Second, heroine Fay Wray may be the most beautiful woman on film. Third, Robert Armstrong is perfect as the producer who has the last line: “It was beauty killed the beast!” Fourth, hero Bruce Cabot earns our respect. And fifth, Kong – created by the stop animation of Willis O’Brien – is the greatest monster of all time in what is just a great movie.

I found the 1976 version watchable and the 2005 Peter Jackson version unwatchable. The original King Kong is the classic monster movie. If you have not seen it, please try to stow your prejudices about old movies for 100 minutes and let yourself be swept away by the story and its telling.

A fun time travel moment for me would be to drop in on a first showing of this in a theater back in 1933, because I bet it blew minds like nothing ever had, or has since. 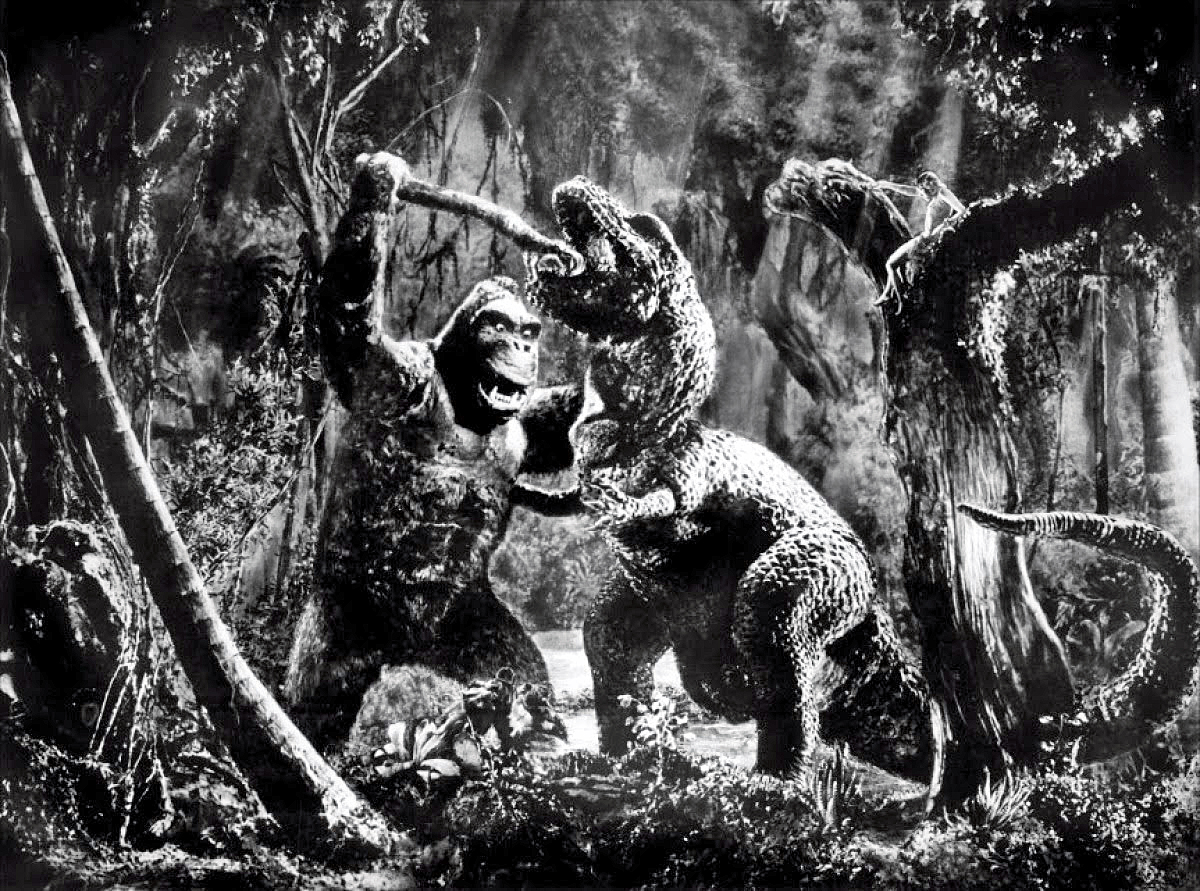 The monster magazines I read as a kid relied heavily on the monsters of Universal Studios, so I became a sort of expert on the Universal monsters before I had seen any of the movies. For those who don’t know, the Universal monsters include the Hunchback of Notre Dame, the Phantom of the Opera, Dracula, Frankenstein, the Invisible Man, the Mummy and Wolf Man.

Eventually I saw them all as they came to late night television, and then various other instant viewing options became available so I could see them almost whenever I wanted. The Bride of Frankenstein is streaming via Amazon as I write this. All of the Universal monster movies are fun in their own ways, but if I had to recommend just one, it would be James Whale’s The Bride of Frankenstein.

The first Frankenstein in 1931, also directed by James Whale, is also worthy. A man is assembled from dead body parts and brought to life. This abomination of a man looks like a hulking monster but has the heart of a puppy that just wants to be loved. But when he is rebuffed by good normal folk of the village, the monster in him is switched on and a killing spree ensues.

Yes, you should see the first one, but if you are going to make the attempt to see just one classic horror film, The Bride of Frankenstein is a standout for so many reasons, not least of which is that it is a beautifully shot studio film. The chiaroscuro entrance of Dr. Septimus Pretorius (brilliantly cast and creepily portrayed by Ernest Thesiger; there is a rumor that Universal regular Bela Lugosi was almost cast as Pretorius, which just would not have been as effective) is alone worth the price of admission. But you also have Franz Waxman’s brilliant score.

The movie begins in a castle on a dark and stormy night, with Byron, Shelley, and his wife, Mary, waxing poetic on the fury of the night, and then talk turns to Mary’s then-unpublished “moral lesson” of a novel called Frankenstein, or The Modern Prometheus.

And then we see the final scenes from the original Frankenstein, where the monster is killed by the mob. Setting the scene for many a future slasher series, Frankenstein rises from the dead (as he does in several more sequels), and once again is misunderstood, causing him to rampage.

Meanwhile, Pretorius encourages Dr. Henry Frankenstein, who also has miraculously returned from the dead, to work again with the new goal of creating a mate for the monster.

“That should be really interesting,” says Dr. Pretorius.

As they work on creating the monster’s mate, the monster finds a friend deep in the woods, a lonely violin-playing blind man, who is able to reason with the monster because he does not fear his appearance. It still touches me to see Karloff cry with the old man whose loneliness has come to an end. 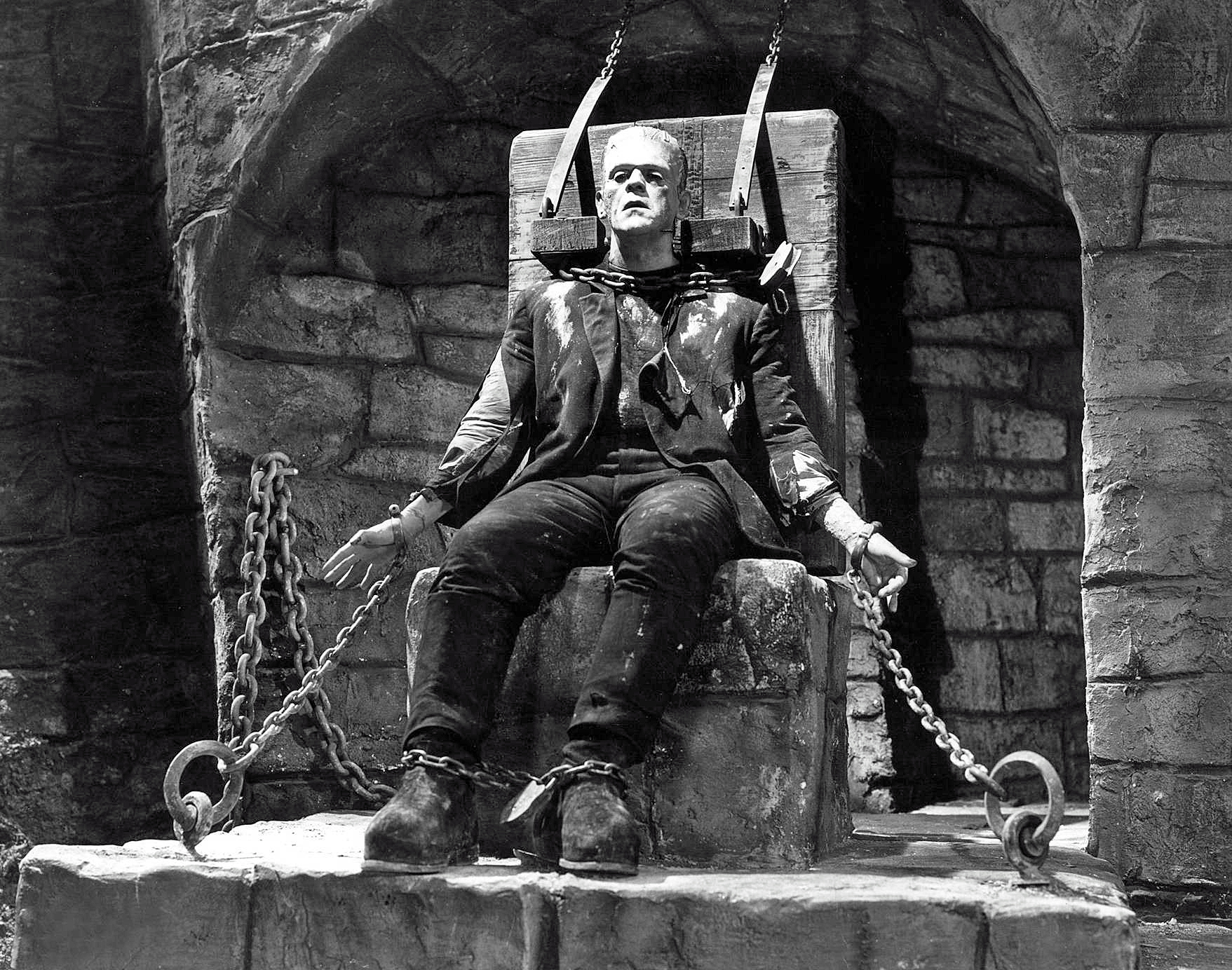 I love this movie. And you can’t truly enjoy Mel Brooks’ Young Frankenstein if you have not seen this and the first one.

Oh, there’s also a Wisconsin connection to the Universal monsters.

From 1894 until 1906, a fellow by the name of Carl Laemmle worked as a bookkeeper at the Continental Clothing Co. in Oshkosh, Wis. In 1906 he headed to Chicago and became a nickelodeon owner, the forerunner of the moving picture theater. In 1912 the Universal Film Manufacturing Company was formed in New Jersey, with Laemmle as president. In 1915 the company moved headquarters to the San Fernando Valley in Calif., becoming what we know today as Universal Studios, with “Uncle” Carl and his son, Carl Jr., running the studio that became synonymous for horror.

Comic poet Ogden Nash killed two birds with one poem when he skewered both the pronunciation of Laemmle’s name and his purported fondness for nepotism that reportedly was extended to as many as 75 family members at the studio.