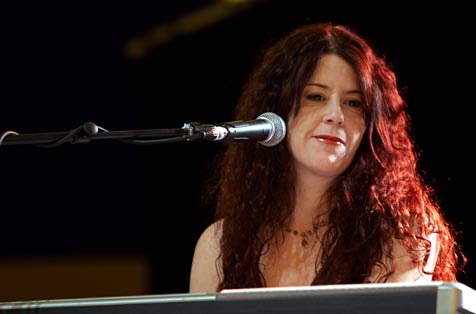 Detor’s solo albums have reached national and international prominence. She’s shared stages with Victor Wooten, Loudon Wainwright, The Neville Bros. and Joan Armatrading, among many others.

No ordinary songwriter, Detor has been involved in several award-winning theatrical collaborations, including the highly acclaimed Wilderness Plots (PBS national.) She was the only American woman invited to The BBC’s Darwin Songhouse Project, Shrewsbury England (2009); and has been commissioned to write musical theatre for the U.S. Dept. of State in New Delhi, India (2012) and the Indiana Arts Commission (2013 & 2016).

Detor tours the U.S. and Northern Europe consistently with her most recent album, Barely.

The show starts at 7 pm with house band Small Forest opening. Call to reserve an outside table for a picnic dinner at 5:30 pm before the show. Drinks and treats will be for sale. Tickets are $20 cash at the door. Woodwalk Gallery is at 6746 County G a bit south of Egg Harbor, one mile off Hwy 42. Call 920.629.4877 or 920.495.2928 for reservations. For more information visit jeannekuhns.net.