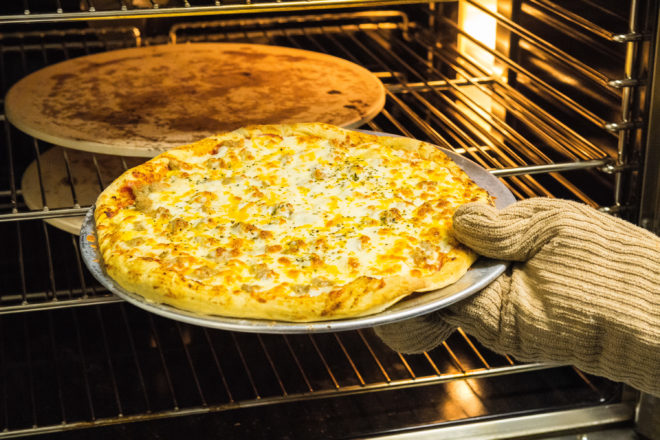 Pulling into the driveway of Gil Garza and Karen Maskell, something seems off. This doesn’t look like where you’d find a from-scratch pizza restaurant. It’s in the middle of nowhere on a wooded lot. There’s the garden, sure, but where’s the restaurant?

That confusion might come from a misunderstanding. La Cocina is not a restaurant. They might be if they had a dining room, or really anything other than the certified commercial kitchen that is built into their home. The delivery-only business, La Cocina Catering, LLC features fresh-made pizzas, appetizers, and fish tacos delivered to anywhere between Sister Bay and Gills Rock. Nothing is ever frozen, and everything is made by hand every day. And delivery is free.

Manned by Garza, Maskell, and their two children Sadie and Michael, the kitchen is little more than a tri-sink, a prep table, and a five-rack convection oven.

They even have made-to-order deep dish pizza on their menu. They don’t parbake the crusts, which means it takes 45 minutes to make one of these Chicago-style delicacies. So call ahead.

Some might think starting up a kitchen that isn’t very close to anywhere and driving every order to the customer is an odd business plan. But for Garza and Maskell, this is exactly what they want.

Maskell, who works as a nurse at the Sister Bay location of Aurora Health Care, returns at night to don their logo and run pizzas while Garza works away in the kitchen. All from their home in Ellison Bay. 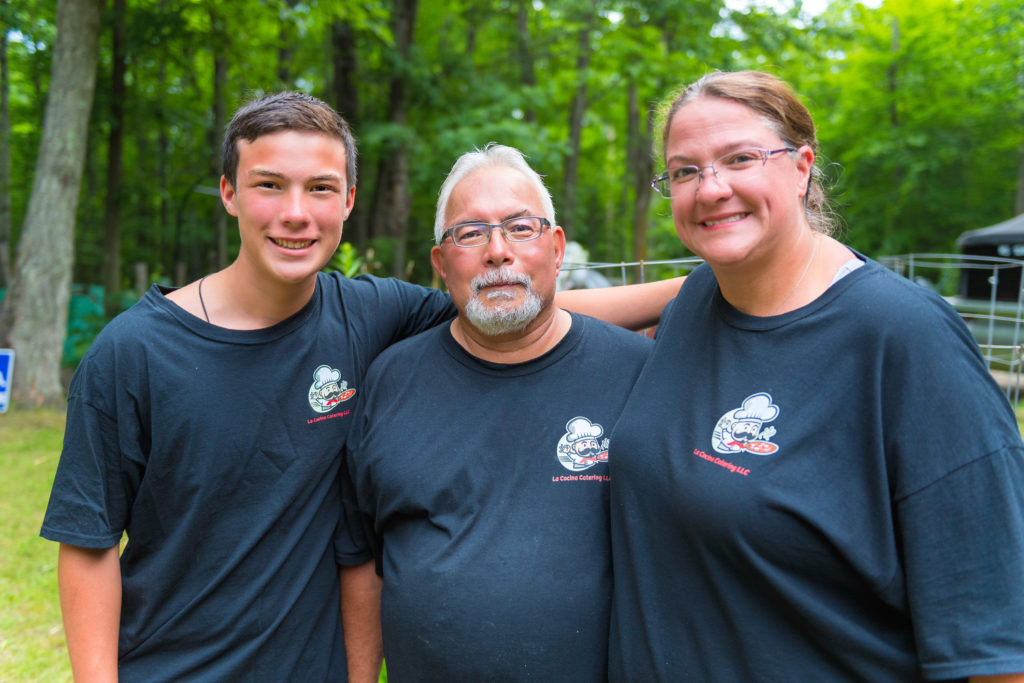 Garza, a career cook and Desert Storm veteran, was injured badly in 2013 when he was assaulted three days before he and Karen were set to marry. He walked away from the incident but sustained serious trauma to his head and his left arm, leaving him with a weight restriction on his left arm and impaired cognitive capacity. He tried to keep working, but couldn’t read tickets quickly enough and work was too hard on his arm. Garza recovered over three years, finally deciding it was time to get back to work.

“When I got back [from rehabilitation], I was like, who’s going to hire me with all these problems I have?” Garza said. “I didn’t want to quit cooking…it’s what keeps me going.”

Then the call went out to the Division of Vocational Rehabilitation (DVR). Garza and Maskell pitched the business plan to a board of state evaluators, resulting in DVR’s financial support as well as assistance in business planning. DVR helped cover any adaptive equipment that would help Garza in the kitchen. After a few years of planning, they converted a portion of their garage, got their certification, and started serving in June.

The design for the business, then, is to keep everyone in the kitchen.

“We don’t want to be big,” Garza said. “We’re happy with what we have.” They emphasized La Cocina is not meant to be a competitive business venture, but rather a year-round service to a community. 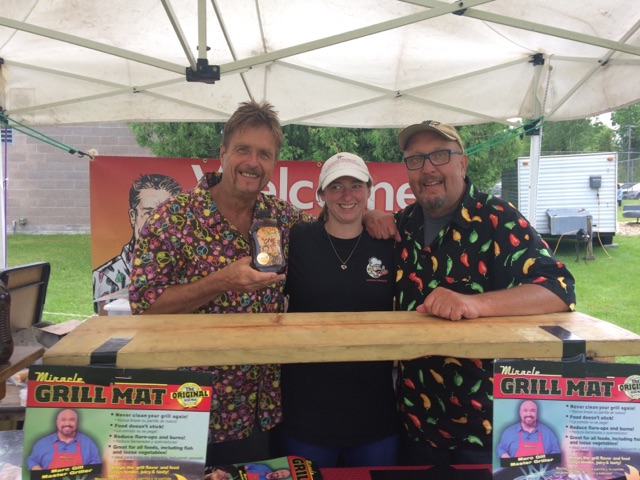 With a mother from Madrid, Spain and a father from Sicily, Italy, the kitchen was the absolute center of Garza’s family. Garza grew up learning how to cook from his grandmother and tending their small garden. None of his recipes are written down and everything – the pizza dough, the tortillas, the sauce, the pico de gallo, everything save for the meats –is done from scratch. All of the dough is made into balls each day, ready to be rolled out and hand-tossed when they open at 5 pm. The garden out front is a veritable pizza growing out of the ground, with tomatoes, garlic, oregano, onions, and other toppings on their way to the kitchen.

Don’t forget they’re the only delivery service in northern Door County. They even deliver to the Sister Bay Marina, straight to your boat. All transactions for the business are handled through the online food ordering app, Grubhub. This makes both ordering and delivery directions a breeze.

Overwhelmingly, La Cocina is an act of love by family-minded people who love to work and love to share. Find them on Facebook or on Grubhub. Remember, if you show up looking for the hostess, you might be a little surprised. So relax, and let Gil, Karen, Sadie, and Michael do the legwork for you.