As director of one of three National Poverty Research Centers sponsored by the U.S. Department of Health and Human Services, Timothy Smeeding naturally spends a good deal of time thinking about poverty. 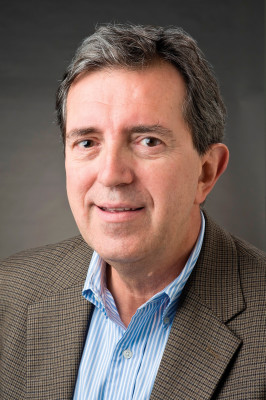 Timothy Smeeding, director of the Institute for Research on Poverty.

“We would really like to have earnings, jobs, be the whole answer,” Smeeding said. “We’d rather have Wisconsin of 1999, when unemployment was three percent. If you could walk, talk and chew gum, you could get a decent job.”

In lieu of those jobs, Smeeding believes in safety nets.

“Earnings-based and market income-based poverty have been rising. That means we’re going to need safety nets until we have enough work and higher earnings,” he said.

With this year marking the 50th anniversary of the war on poverty as declared by then-President Lyndon Johnson, we asked Smeeding where that 50-year war has left us.

“The war on poverty was designed to help people who were poor, to help them get sufficient ability to earn money. What’s it all about? Income support programs,” he said. “One of the great successes of the war on poverty was keeping elderly people out of poverty through the Social Security system. I think it will continue to do that. There’s a need for some changes, probably at the top end. But by and large, being old isn’t being poor, like the way it used to be in America.”

When Governor Tommy Thompson signed the Wisconsin Works (W2) program into law in 1996, old-school welfare was abolished in the form of Aid to Families with Dependent Children. Smeeding said Wisconsin lawmakers were wise enough to weave a safety net of programs in the wake of W2.

“One of the nice things about Wisconsin, when we decided no more welfare, and we’re one of the states that has been strictest about it, Wisconsin said, you know, those single moms are going to take jobs that don’t pay benefits, so we’re going to have to provide health care for them and their kids. Here comes BadgerCare. And they’ll need childcare to go to work. They’re not going to make a lot of money. So through the Shares program we provided some childcare. All of that I think is very good, as long as you can find a job.”

And that, Smeeding said, is the problem.

“Manufacturing employment has been dropping for 30 years in a manufacturing state, and it’s never going to come back. The governor doesn’t seem to understand that,” he said. “Most of what we’re seeing coming out of the recession are service jobs, which are part-time, minimum wage, without benefits. That’s just the way it is. Faced with that, and we want people who are working not to be poor, we have to supplement their earning somehow. And you want to do it in a way that encourages work. There is a proposal from Assembly Democrats to raise the minimum wage. They propose raising it from $7.25 to $7.60. That’s really low. That’s the lowest I’ve heard anywhere. But if they did, that might help a little bit.”

Smeeding also is a firm believer in the Supplemental Nutrition Assistance Program (SNAP), which replaced the food stamp program. In Wisconsin it is known as FoodShare.

“Dollar for dollar, it’s our most targeted anti-poverty program and it makes a huge effect on the poverty rate,” Smeeding said. “It’s something I think we should be proud of. We made it fairly easy to register. We added some encouragements, which doubles the value of your FoodShare card at farmers markets, so people eat healthier. We’ve done all this and we’ve done it better than other states, so our participation is much higher.

“Most of the growth is outside of Milwaukee,” Smeeding continued. “People always think, oh, those poor people in Milwaukee. They’re all laying around on foods stamps. Well, they had a fairly high participation, but not nearly as high as the rest of the state, like Rock County and Racine, where things are pretty bad. In those places, these programs make a huge difference.”

In November 2013, the American Recovery and Reinvestment Act of 2009 ended, which meant a reduction in SNAP/FoodShare benefits.

That dropped the average FoodShare allotment in Wisconsin to $29.14 a week.

“That is the food stamp allotment,” Smeeding said. “You can’t eat on that, at least not comfortably. Sure you can buy that rice and beans, but forget about the spices. Rice and beans can taste pretty good with the right spices, but pretty bland without it. That’s where people are.”

Ultimately, Smeeding says, “It’s good to have these supports, but we need more. We need to have the economy stronger.”