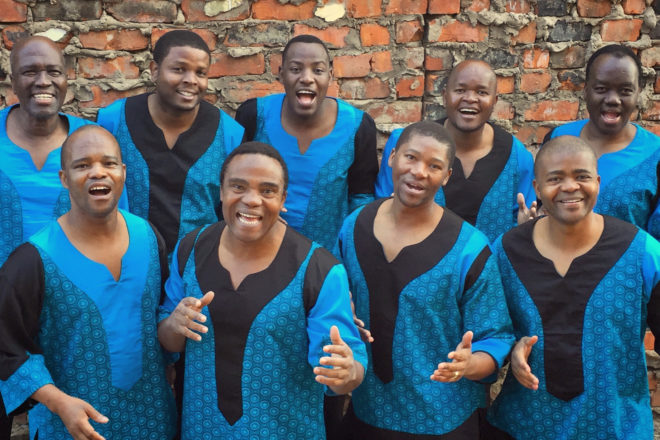 For more than 50 years, Ladysmith Black Mambazo has been making joyous music, fusing Christian gospel styles with the intricate rhythms and harmonies of South African Zulu songs. The renowned nine-member men’s a cappella group was already famous in South Africa when Paul Simon featured their now-trademark vocals on his 1986 album “Graceland,” introducing them to audiences in the United States and across the world.

Ladysmith Black Mambazo has recorded more than 40 albums, sold more than six million records, won five Grammys, and traveled the world with their timeless message of peace, love, and harmony.

Tickets for the concert range from $29 to $56. Advance reservations are recommended and can be made through the DCA box office, located at 3926 Hwy 42 in Fish Creek. The box office is open 12-5 pm Monday through Friday. Tickets can be purchased in person, by calling 920.868.2728 or online at dcauditorium.org.