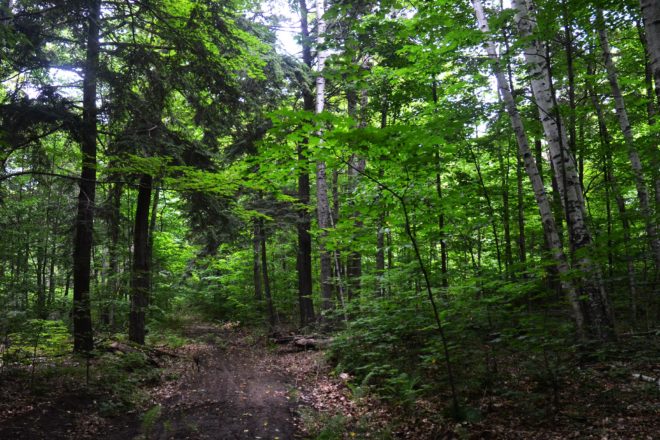 The Door County Land Trust has added two islands and three forests to its list of protected lands.

The Richter family of Washington Island has donated the Susie Islands, which the Door County Land Trust will permanently protect and preserve as wildlife habitat.

The Big and Little Susie Islands – located off the northwestern shore of Detroit Harbor on Washington Island – total approximately 15 acres. Between the Susie Islands and the shoreline of the nature preserve lies a freshwater estuary, known locally as the Richter Bayou, which is a significant and productive smallmouth-bass nursery for northern Green Bay and Lake Michigan.

The Susie Islands are undeveloped, with an exterior ring of white cedar and an interior northern mesic forest that includes hardwood species such as sugar and red maple, American beech, white and yellow birch, and boreal conifer species such as black spruce and balsam fir. These island forests provide habitat for migratory and breeding birds.

The lands are within the North American migratory bird flyway for more than 170 species of birds. The island offers a much-needed rest stop that is free of common bird hazards, and it offers a diversity of forest and wetland habitats necessary for birds to forage and nest.

The three forest parcels have been enrolled and maintained in Wisconsin’s Managed Forest Program. Sustainable forestry practices will continue under Door County Land Trust ownership, with a selective harvest planned approximately every 15 years.