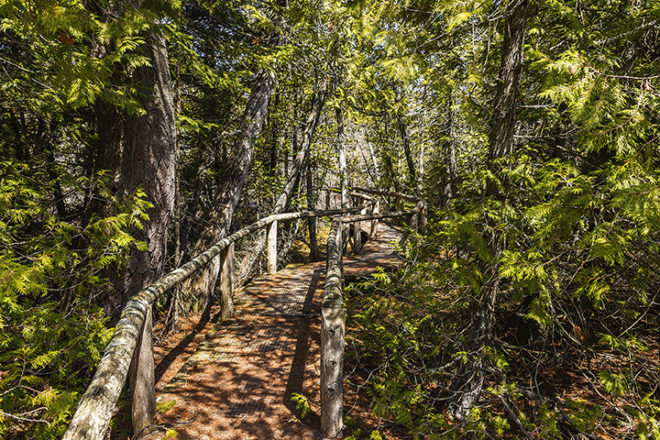 The Door County Land Trust and The Ridges Sanctuary have entered into discussions about a potential merger of the two organizations into one operating entity. The board presidents of both organizations characterized the discussion as very preliminary and exploratory.

Land Trust President Donna DeNardo said the discussions began during the spring as COVID-19 clouded the future of nonprofits.

“Historically, the two organizations have had a really strong working relationship and similar missions,” DeNardo said. “We started talking about what areas we could possibly help each other [with], and the unknowns brought on by COVID-19, and what it would mean to nonprofits moving forward. That led us to asking how we can strengthen ourselves.”

The Ridges Sanctuary was formed in 1937 as Wisconsin’s first land trust. It now protects more than 1,600 acres in Baileys Harbor and has seen its visitorship skyrocket since it opened its Cook-Albert Fuller Nature Center in 2015. The Door County Land Trust has protected more than 7,000 acres of land since it was founded in 1986.

“The Land Trust is focused on land conservation and stewardship, where The Ridges has focused on educational programming and outreach,” DeNardo said. “If we merged, it would really make for a more complete community conservation organization.”

The organizations have worked together extensively in the past on numerous projects, such as the Festival of Nature. Linda Brooks, president of The Ridges Sanctuary’s board of directors, said there’s great mutual respect between the organizations.

“The conversation started casually,” she said. “It’s not the first time the idea has been floated, but the timing was never right to have a serious discussion. Now it is.”

Steve Leonard, who served as executive director of The Ridges Sanctuary for 14 years, stepped down in May. The organization has delayed its search for a new director until it explores the merger possibility.

In a joint statement, the organizations said they will proceed to a final agreement only if they both believe a combination would be in the best interests of their respective members and the community, and that one merged organization could better achieve the combined missions than two organizations continuing to operate separately.

During the exploratory phase, the organizations are seeking input from the community. Submit thoughts by email to [email protected] or [email protected], or by phone to Donna DeNardo at 920.785.1241 or Linda Brooks at 920.421.2140.