The Conservation Scorecard 2015-2016, released June 15, paints a picture of aggressive attacks against our water, air and land. However, it also shows that engaged conservation voters were able to stop or improve the worst of those pieces of legislation.

Jennifer Giegerich, Wisconsin League of Conservation Voters legislative director, said, “We saw more attacks on our air, land and water during the 2015-2016 legislative session than ever before. Special interests like factory farms and frac sand mining companies pushed their radical agendas at the expense of the people who live, work, and raise their families in Wisconsin.   However, the Conservation Scorecard shows how citizens made all the difference.” 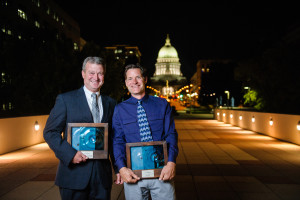 Despite continued attacks, Wisconsin League of Conservation Voters commends their members and other citizens for key successes, including: protecting $33 million dollars for the Knowles-Nelson Stewardship Program; making vast improvements to the Polluter and Developer Grab Bags (AB 600/SB 459 and AB 582/SB 464); protecting the Great Lakes from plastic microbeads (AB 15/SB 15); and ensuring that water systems are not privatized (AB 554/SB 432).

In addition to the 43 legislators who earned perfect 100 percent scores (see page 3 of the Scorecard), Wisconsin League of Conservation Voters highlighted five decision makers who went the extra mile for conservation and earned a place on the Conservation Honor Roll, as well as three who worked aggressively to gut natural resource protections, putting them on the Dishonor Roll.

The five legislators on the Conservation Honor Roll include Senators Rob Cowles and Mark Miller and Representatives Chris Taylor, Joel Kitchens and Cory Mason. Details about each legislator’s work that placed them on the Honor Roll can be found on page 2 of the Scorecard. 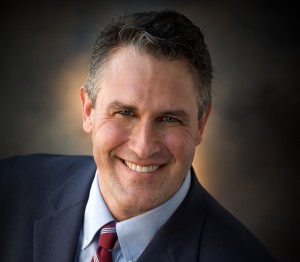 Legislators whose egregious actions landed them on the Dishonor Roll are: Senators Tom Tiffany and Frank Lasee and Representative Adam Jarchow (page 3).

“This session was full of bad ideas, many of which became law. Too many legislators are out-of-touch with the voters who live, work, raise their families, and play in Wisconsin. It’s time to turn things around,” concluded Giegerich.