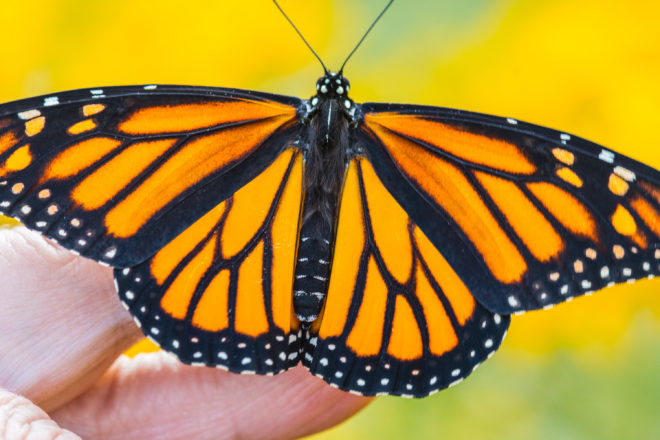 How many times can you say you’ve helped fund something that will give thousands of disabled and able-bodied anglers a chance to cast the waters of Sturgeon Bay?

For most of us, probably never.

Whether you’re an avid angler or just someone who knows a worthy project when you read about it, you’re in luck: for a limited time, you can hook up with the Friends of Potawatomi State Park to support a new pier this year.

Potawatomi’s accessible fishing pier was severely damaged by high waves in 2014 and removed from the water. In 2016, a Pier Committee was formed to raise awareness and funds for the project.

The DNR committed $180,000 in grant money, and — combined with donations from the Green Bay Packers, individuals, businesses and organizations — the group has raised more than 80 percent of the estimated $320,000 cost of the project. One generous family got things moving with $25,000 through an early match offer.

In little more than a year, the committee was able to hit the marks needed for the DNR to begin the process for designing and bidding. However, the wheels of government sometimes turn more slowly than one would like.

That said, lake-bottom mapping and soil-testing surveys were done late last year. After approval from the State Building Commission, final design and construction plans will be prepared.

The new, fully accessible and permanent pier will be designed to better withstand conditions at the site. It is expected to have a 110-foot-by-eight-foot section running perpendicular from shore, and an 11-foot-by-32-foot dock at the end positioned parallel to shore.

Sheet pilings will be drilled and anchored to the bedrock, and the dock frame will be constructed out of steel and welded to the pilings. Wood decking and railings will be attached to the steel frame.

Contractor bids could be in by early summer, followed by pier and foundation fabrication mid- to late summer, and installation and ribbon-cutting this fall.

If you want a chance to say, “I helped build that,” call the Door County Community Foundation today at 920.746.1786, or visit parkpier.org.

A Virginia man, Luke Brewster, arrowed a pending world-record nontypical whitetail Nov. 2 in Illinois. The buck, estimated at seven and a half years old, had 38 scorable points and a net of 320 5/8.

The score was announced last week at the Archery Trade Show. Google “Big buck, Mufasa,” and you’ll see two photos, including a trail-camera image captured the morning it was arrowed.

The buck beat the previous Pope & Young nontypical archery world record by more than 20 inches. It also had eight more inches of measured antler than the firearm nontypical record. The rack will now be panel measured and is expected to stand up to more scrutiny.

At least two wild whitetails are known to have higher-scoring racks: one at 328 2/8 (Ohio, 1940) and the other 333 7/8 (Missouri, 1981). Both were found dead. A third, in Minnesota, may have been in the mid-330s but couldn’t be officially scored because only its sheds were found. That means no inches for inside spread could be added.

In reviewing the 2018-19 deer harvest numbers, I need to correct a Dec. 14 story in which I mistakenly wrote last year’s 3,200 antlerless kill as the Door County buck-harvest record.

Through Jan. 8 — and with only the extended bow and crossbow hunt in Door County to go — Door hunters had registered 1,912 bucks (third highest on record) and 2,699 antlerless (more than any year since 2008 except 2017), breaking a string of six straight antlerless increases.

If you love butterflies, there’s no more important plant than the milkweed. It’s the only plant that monarch caterpillars eat and adult butterflies lay eggs on.

Spreading milkweed seed is best in late fall, but it can be planted in small areas in spring if worked into the soil.

Nonprofits, schools and landowners can get milkweed seedlings for pollinator gardens or larger-scale projects through Monarch Watch. There’s also grant funding for golf courses to plant at least one acre of native milkweed and wildflowers in out-of-play areas through the Monarchs in the Rough program.