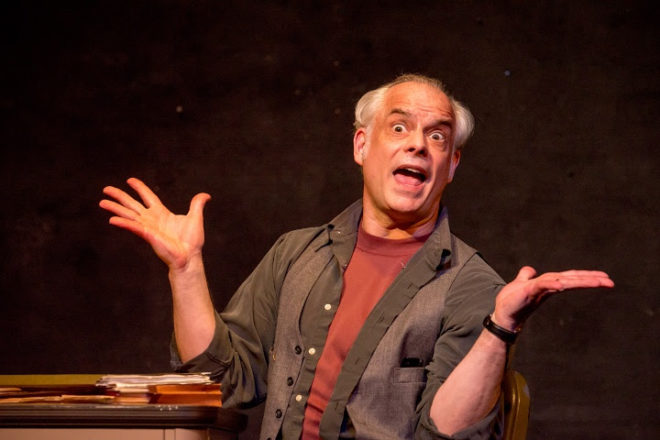 The funny, heartbreaking and inspiring story of The Absolute Brightness Of Leonard Pelkey will have its final performance on June 9 at Third Avenue Playhouse (TAP). Audiences have delighted in Alan Kopischke’s portrayal of New Jersey detective Chuck DeSantis and eight other characters.

Next on the TAP stage will be The Dig, performed June 27-July 20. Written by Wisconsin playwright Marie Kohler, The Dig is a semi-autobiographical drama that explores mental illness and the strain it places on families.

A director, writer, actor, dramaturge and award-winning playwright, Kohler is a longtime member of the professional Milwaukee theater community. She is resident playwright and a co-founder of Renaissance Theaterworks, where she was co-artistic director from 1993 to 2012. She is also a freelance writer and has been playwright respondent and director respondent at the Kennedy Center American College Theatre Festival.

Tickets for The Dig are on sale online at thirdavenueplayhouse.com or by calling 920.743.1760.