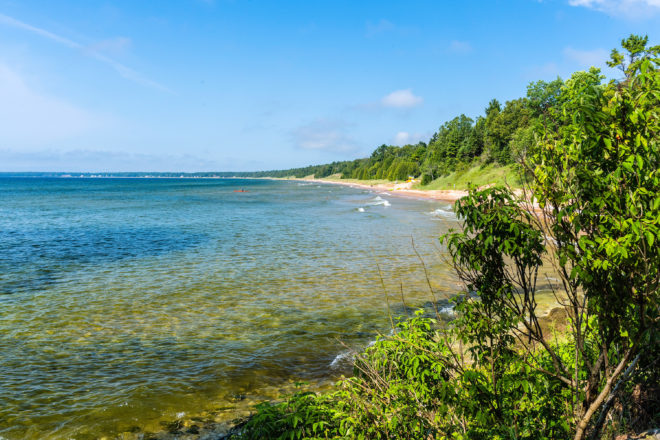 When the Department of Natural Resources’ (DNR) policymaking Natural Resources Board (NRB) convenes in Green Bay on Aug. 7 and 8 to approve the master plan for the department’s northeast Wisconsin properties, Dick Baudhuin will make one final appeal for allowing a safe harbor near Whitefish Dunes State Park.

Baudhuin attended the July 11 Door County Facilities and Parks Committee meeting seeking members’ support, but the committee proceeded with caution, citing past challenges with nearby property owners and support the county has already offered unsuccessfully.

“My hope is that I’m going to go to that DNR board meeting and try to convince enough of the board members to support the idea of considering a safe harbor boat launch in Whitefish Dunes State Park,” Baudhuin said.

The county has already expressed support for inclusion of the safe harbor in the Whitefish Dunes’ portion of the master plan, but permission for a safe harbor was not included in the final draft that will go before the NRB in August.

Inclusion in the master plan does not come with any money from the DNR or a plan for implementation, but exclusion from the master plan makes it very difficult for a project to move forward on state property.

The county pursued creation of a safe harbor at Jacksonport’s Schauer Park a decade ago, but the project was stifled by nearby property owners, who purchased property the county intended to acquire for the necessary boat trailer parking.

At that time, a feasibility study determined that a safe harbor could be practical and useful, as there is no other safe harbor in the 25 miles between Sturgeon Bay and Baileys Harbor.

“The end result of the feasibility study was, yes, it was feasible,” said Wayne Spritka, head of the Facilities and Parks Department. But Spritka was also reserved in his support.

Baudhuin cited the increasing number of small watercraft and kayaks operating near Cave Point County Park and Whitefish Dunes as the reason for a safe harbor.

“From a safety standpoint, I think there’s a need there, but also from a recreational standpoint,” Baudhuin said. “I think it’s good business for us to provide that opportunity.”

The committee considered who would own and operate the harbor and where exactly it might be located, but those conversations have little standing if the NRB does not modify the proposed master plan to allow for a safe harbor at the property.

You can watch all of the NRB meetings, including live on Aug. 7 and 8, at dnr.wi.gov/about/nrb.