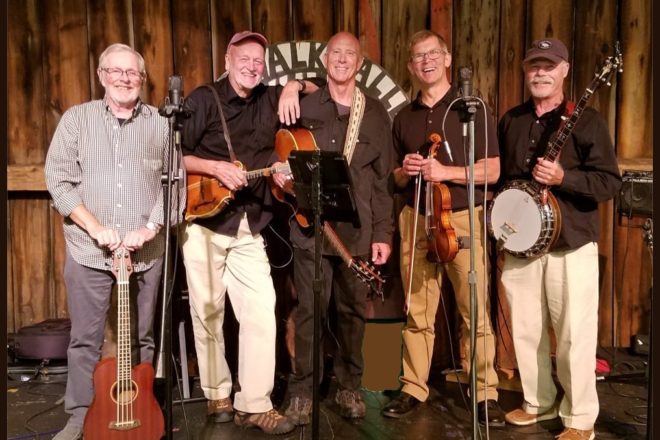 Northern Door has hosted many acoustic jam sessions, out of which emerged the bluegrass band Last Man Standing (chambersislandusa.com/lms). During the past six years, the band has evolved into its current membership of five seasoned musicians playing fiddle, guitar(s), mandolin and banjo(s).

Last Man Standing will perform at Lautenbach’s Orchard Fall Festival on Sept. 21, 12-5 pm. The group also recently recorded two CDs at Studio 330 in Sturgeon Bay and plays its traditional bluegrass, newer bluegrass, older country and original tunes at restaurants all over the county, in village concert series, at Woodwalk and at other locations. The group is known for its on-stage personality and trademark humor.