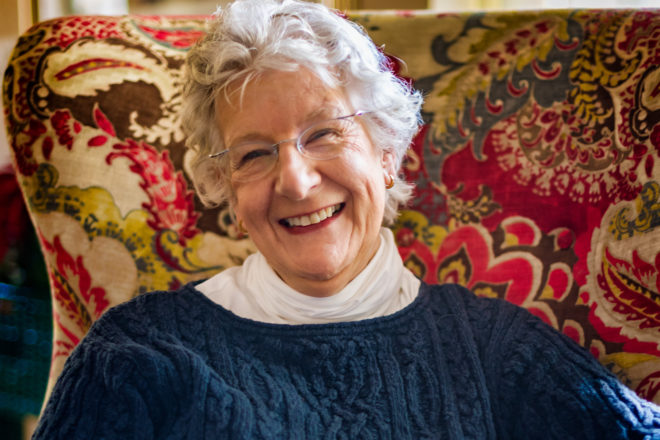 There may not be a more active philanthropic effort than the recent push for affordable housing in Door County. At the same time, there are plenty of passersby who are loudly offering their anecdotal opinions about how to solve this expensive and complicated countywide issue. Meanwhile, Diana Wallace and Mariah Goode are quietly working on solutions that have already seen significant results.

“What we’re looking at are year-round residents of Door County who are part of the workforce but cannot find adequate homes to live in or rent,” Wallace said. “That takes an organization.”

And that organization is the Door County Housing Partnership: a version of a land trust that’s dedicated to providing affordable homes to residents in perpetuity.

Between Wallace, who had a career in management and now serves as president of the partnership; and Goode, head of the Door County Planning Department, they have been able to leverage their expertise and philanthropic enthusiasm in a way that had never caught fire before.

“It often is the case that I get involved in something workwise that goes far beyond work,” Goode said. Her role at the county office includes managing zoning and property regulation, which has become a close complement to the work of the partnership. “A lot of the things I’m personally interested in happen to be things related to my work.”

Goode has been entrenched in Door County’s housing landscape since one of the first housing committees formed under the Door County Economic Development Corporation during the 1990s. Her involvement in the housing partnership grew after seeing a presentation on housing by the Interfaith Prosperity Coalition (IPC), a group that formed in 2017 to help with some of Door County’s most pressing challenges.

For Wallace, who is an IPC member, this work fit her philanthropic nature.

“Volunteering has been a part of my life since I was a child,” she said.

“I just developed a passion about the need for affordable housing for our workforce in Door County. Some folks move every six months, and some live in deplorable conditions. These are full-time workers, people who are college educated, small-business owners, and it touched me in a way something has not for a very long time.”

Before Goode began studies toward her master’s degree in urban planning at the University of Minnesota, she — along with many others in the area — spent several summers struggling to find housing.

“It’s something that I first-hand knew was an issue,” Goode said.

Though previous attempts to develop a housing trust in the county have stalled, this iteration has seen rapid success, with closure on six lots this year alone. That success is thanks in part to timing: Municipal leaders are finally realizing that housing is not a fringe problem. But that success has also come in large part from the persistence, blind enthusiasm and quiet dedication of Goode and Wallace, who have skillfully driven this housing partnership.

“I talk about this every chance I get,” Wallace said, “and what happens as a result of that is that people say they want to be a part of it.” Her drive has encouraged other professionals in marketing, nonprofit management, web design and grant writing to volunteer their own expertise.

Timing, resources and attention may be the frame upon which solutions to the affordable-housing issue are built in the future, but Wallace and Goode have laid an essential foundation.