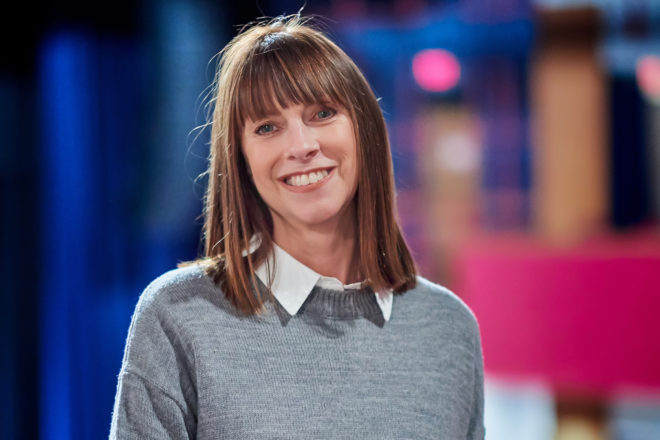 “I don’t golf. I don’t go to the beach. I guess I feel like as long as I can contribute something, that’s what I’m going to do,” Northrop said.

“My parents have been very strong in philanthropy and volunteering and giving back to [our] community.”

It was her father, Dave Callsen, who paved the way for Northrop’s decades-long dive into philanthropy. He was a member of the Door Community Auditorium (DCA) board in the 1990s. When he stepped down, he told Northrop she should step up.

“The business was only 10 years old,” Northrop said. “We were growing it; we had three children; and I was thinking, how would I have time for this?”

But Northrop’s business acumen served the DCA board well as it navigated through contracts with the school district over the space and a smattering of directors.

“She basically served as the unpaid executive director when we didn’t have a director, and she kept things going,” said Collin Dahl, who spent nearly 15 years on the DCA board with Northrop. “I don’t think it’s overblown to say that it would have been completely different had she not stepped up.”

Another person would unwind from a day of business ownership and parenthood with a glass of wine or a walk in the woods, but Northrop welcomed philanthropy as her form of escape.

“It was a way to step away and a chance to be involved with a group of people that were not business-related and didn’t have anything to do with Main Street Market, and that was really interesting to me,” she said.

Although the Northrops and Main Street Market support a wide variety of causes around the county, their special interest in the arts comes from the distinctive contribution they feel the arts make to the county’s culture.

“It was really obvious when we moved here that the arts really made Door County unique and very different from any other community that we ever lived in,” Northrop said. “It was something that defined Door County over and above having nice shops and pretty scenery.”

Northrop also serves on the board of the Door County Community Foundation and the Door County Medical Center Foundation. More recently, she was instrumental in developing the Kress Pavilion. It was a controversial project, and Northrop was drawn to the challenge.

Her involvement was steeped in a strong conviction about what the community needed, but it was more broadly driven by the philanthropic thread that has woven its way through her community involvement for more than two decades.

“I thought it was a great thing that could happen, but it really needed some people to be firm and strong and not be afraid to make some decisions,” Northrop said.

“I didn’t think it was going to be easy, but I thought it was the right thing to do.”

Northrop recounted an analogy that her husband, Steve, told her during those trying times: There are people who just want everything to flow simply and undisturbed. “No rocks in the pond,” Steve would say. “Nice and smooth.”

“That is not the person I am because I feel like nothing will ever get done,” Northrop said. “There may be opportunities missed because you didn’t throw some rocks and take some chances when you really believe in something and think it’s the right thing to do.”

Northrop and other women in the philanthropic community may have thrown rocks, but those rocks settled to form a strong foundation upon which the Door County community can sit.

“What she and her family have done is staggering,” Dahl said. “But what she alone has done — not many people know all the ways in which she has supported Door County.”