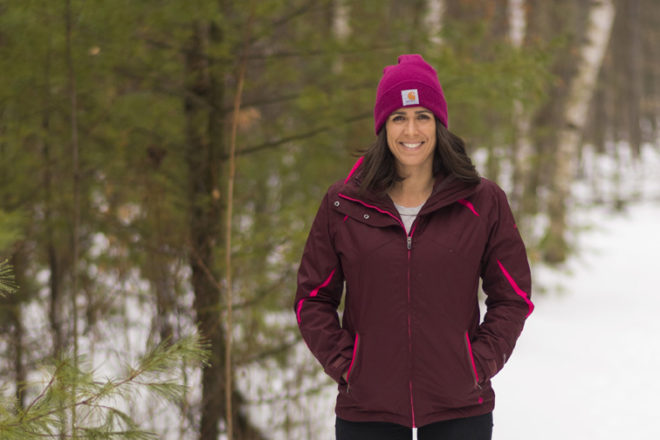 When Rachel Stollenwerk and her husband, Dan, took ownership of Edge of Park Rentals at the edge of Peninsula State Park in February of 2015, she could not have predicted that within two years of moving here, she would be managing one of the biggest state park projects in Wisconsin history.

But when an opening appeared on the Friends of Peninsula State Park’s board in August of 2015, just months after closure of the park’s iconic Eagle Tower, Stollenwerk saw an opportunity to make a positive impact on her new business and community. Having come from city life in Milwaukee and Chicago, Stollenwerk began to realize how integral local volunteer organizations are to making Door County thrive, especially when those organizations are driven by small but dedicated teams.

“Up here you realize that there’s a lot of infrastructure and a lot of things that need to get done but not quite as many people up here that either have the time, the capability, the passion to pursue them so you have these bigger projects being managed by small teams,” Stollenwerk said. “…I’m very passionate about the park and I want to see these things happen and if that means that I am going to step up and help make it happen then I’m willing to do that.”

Since joining the board, Stollenwerk has played an integral role in the Friends’ mission of preserving and supporting Peninsula State Park, most notably through her efforts to reconstruct Eagle Tower.

The tower, built on Eagle Bluff in 1932, was closed in May of 2015 due to structural and safety concerns. In 2016, it was determined that the tower would need to be replaced and the Eagle Tower Fund Committee was formed to organize fundraising efforts.

Stollenwerk recognized that the project management skills she had developed in her last job would be an asset to the committee and by July of 2016, was named its campaign director, responsible for structuring fundraising efforts, promoting the campaign, and serving as the point of contact between the Friends’ group and the Department of Natural Resources.

While Eagle Tower is at the forefront of her current efforts at Peninsula State Park, she also contributes to maintenance of its ski and hiking trails, invasive species, research endowment fund, merchandise, nature center campaign and press releases.

At the center of it all is Stollenwerk’s personal mission:  to inspire in others a drive to create positive change.

“If you really want to make change, you have to get people to remember who you are and if you get them to remember you in a positive way, they’re going to find you and they’re going to say, hey, can you do this? Can you join this? Can you help us with this? That’s the position I want to be in,” she said. “I want to be that person that people remember and recognize as a positive influence in the community and want to come to and be involved with. I’m trying to put myself there. Many more doors open when you’re positive and can communicate that and recognize opportunity and not challenge, and recognize solutions and not problems.”