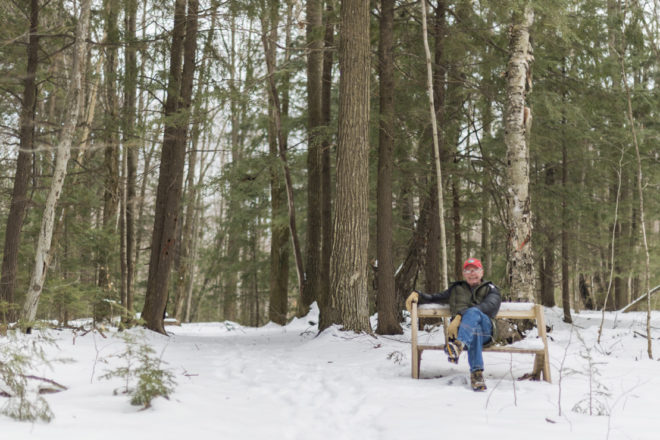 When the Door County Land Trust acquires a piece of land, its work has just begun. With the purchase, the state charges the land trust with maintaining the property forever, and for that it turns to volunteers like Ron Lokken.

Lokken shies away from taking credit, but Amanda Pyke, a land stewardship manager at the Land Trust, said Lokken is invaluable.

“Ron has always been there for us, whatever we need,” said Pyke. “He’s our preservation steward, doing trail work, monitoring, invasive species removal. I couldn’t do my work without people like Ron.”

Lokken is a member of the Door Stewardship Alliance, which performs maintenance on lands for the land trust, The Nature Conservancy, and occasionally at The Ridges Sanctuary. Lokken spends several hours each week of the spring, summer and fall building and maintaining trails to improve public access to lands, adding signage and controlling invasive species.

“By far our greatest task is fighting invasive species,” he said. “We never win, but over the course of years you do see a difference. The work itself is not fun, but we are out on the land, we get to see the land on our hands and knees, and talk with fellow volunteers who all have a similar passion to see the land preserved or maintained.”

Lokken has been lending a hand since 1999, when he and his wife retired to a home north of Sturgeon Bay and called around looking for ways to get involved in the community.

“Growing up in North Dakota, where there weren’t a lot of people but there was a lot of land, you have the view that land is the most important thing in our lives,” he said. “When we called the land trust, Terrie Cooper was so excited about the mission that we were instantly motivated to help.”