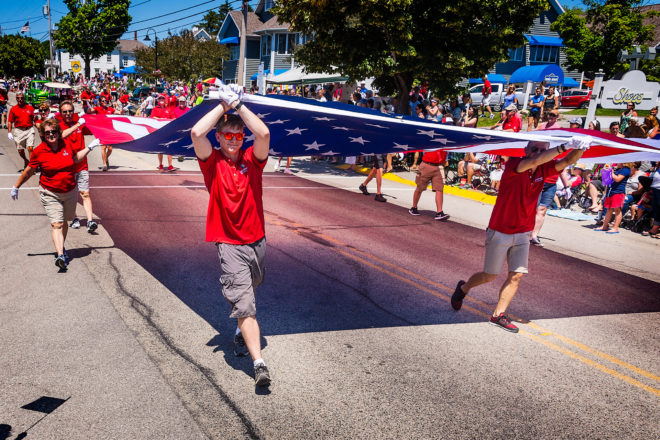 For this week’s pic of the week I chose a photo from last year’s Fourth of July Parade in Egg Harbor. I chose this image because what says July 4th better than a big, bright American flag. But what really makes the image for me is the young man up front with mirrored sunglasses, crossed arms and a smile that just speaks Americana. And catching them mid-stride shows the weight of the huge flag and adds drama and movement to what otherwise would have been a somewhat static image. I also like the shadow of the little kid holding a small flag in the bottom left corner. You can’t see the kid, just the shadow, which adds a touch of mystery and humor to the image. Have a safe and happy Fourth of July!