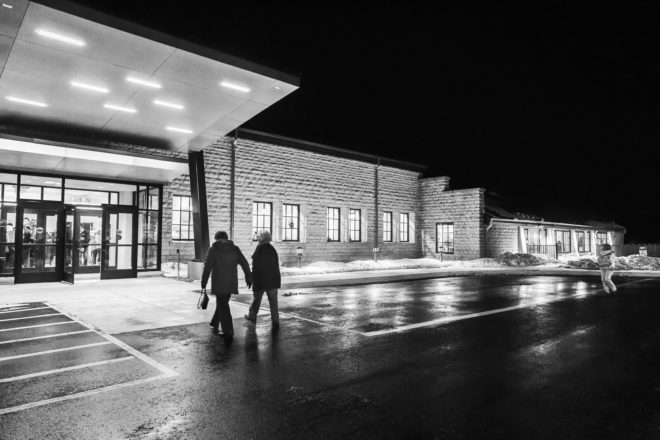 I chose this photo of the new Door County Senior Center for my pic of the week because I was very impressed not only with the new center itself but also with the exceptionally large crowd that turned out for the opening. Trying to express that in one photo turned out to be a little tricky. Rather than a photo that just showed a crowd of people I wanted to express more of the feeling of entering the new center for the first time and yet still show its history. I shot outside the building after dark with the black night sky adding contrast to the light stone exterior of the old part of the building. The lights inside show the gathering of community through the windows. But the people outside on their way in really brings the photo to life.