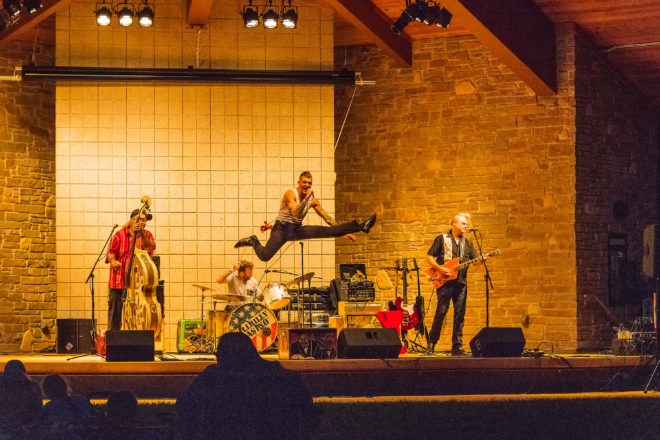 My pic of the week this time is from the Hillbilly Casino concert on Aug. 22 in Sister Bay. It was a beautiful night for a concert. A great crowd and a very energetic rockabilly band called Hillbilly Casino made for the perfect evening. Audience members dancing, kids doing cartwheels in front of the stage, sun setting behind Sister Bay bluff, waves on the water. Perfect. But the real excitement was on stage. Getting this shot was not easy. I had only one chance at the image that lasted less than a second. The lead singer, Nic Roulette, was all over the stage and liked to stand on the box up front to rile up the crowd, occasionally jumping off. He only did the splits once and I had my camera ready. This single moment lasted 1/160 of a second but speaks wonders for the band, the concert and a night in Door County.