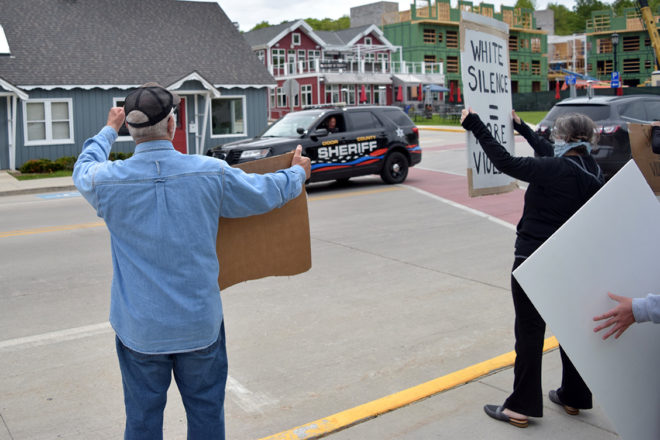 On Tuesday, June 2, you chose to call the police on a group of peaceful protesters in Sister Bay. I can only assume that you were one of the many who drove past our signs while shaking your head and giving a thumbs-down.

When confronted with challenges to your privilege, your response was to weaponize your discomfort: to call in a false police report, misusing our local police force in an attempt to harass a group of citizens who were exercising their First Amendment rights.

You and all the other Amy Coopers of the world are glaring examples of the systemic racism that exists in this country. Innocent black men and women are dying at the hands of the police because of people like you. And you hide behind anonymity because ultimately, you know your actions are cowardly, inexcusable and unjust.

The anonymous callers do not get to have the last word.

For the rest of us, remaining silent or inactive now in the face of the status quo is untenable. Join a protest. Write to your legislators. Donate to social-justice nonprofit organizations. Get involved.

“Never doubt that a small group of thoughtful, committed citizens can change the world. Indeed, it’s the only thing that ever has.”