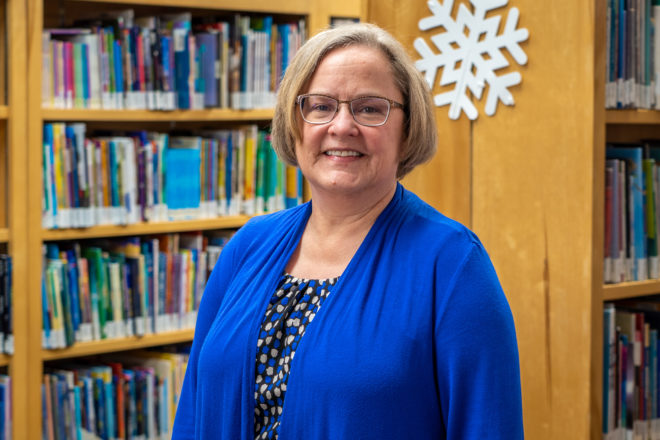 The Door County Library (DCL) system has bid farewell to its director, Tina Kakuske, who has been at its helm since 2017.

Kakuske joined the library with 23 years of experience, starting as a circulation manager before moving up the ranks while obtaining her master’s degree from UW-Milwaukee. During the five years prior to joining the DCL, she was head of adult services at the Beloit [Wisconsin] Public Library, where she was in charge of the collection-development team, served as head of reference and coordinated teen and adult programming.

As director of the DCL system, Kakuske oversaw the operations of all eight of the libraries in Door County. Her leadership style was to let each library manager make decisions about the branch’s offerings, knowing they had the best insights into what their library users wanted.

Directing all eight branches required a lot of balancing, Kakuske said, and it was one of the more challenging aspects of her job, but it was all worth it. Her favorite part of the job? The people. She said the best parts were working with her staff, meeting all the patrons, hearing their stories and learning how important the library was to them.

Kakuske has seen many changes over the course of her career – a major one being the evolution of technology.

“My first library position was as a clerk at the Eager Free Public Library in Evansville, Wisconsin, in 1993,” she said. “We had one computer for the library director, not yet connected to the internet, and nothing was automated.”

Kakuske recalled library workers and patrons using paper card catalogs to find materials and using a physical ledger to track checkouts and returns at the end of every day. Within five years, all of that changed with automated and online catalogs, speeding up the pace of the library and creating connections among branches.

Kakuske’s growth in the library system alongside the arrival of technology ended up being a boon during her time at the DCL because some of the big changes locally have used the growth of this online connection in its favor.

“I have encouraged and fully embraced putting library events and activities in the public eye through multiple communication means, including ramping up our social-media presence,” Kakuske said. “In addition to print and radio communication, we are interacting with the public through Facebook, Instagram and YouTube.”

Not only has the library used social media to expand its reach and find new ways to interact with the community, but this virtual space is what kept libraries going during the COVID-19 pandemic. With the buildings closed to the public, Kakuske and her team had to figure out how to re-create that sense of community in an online space.

For the DCL system, that meant presenting some of its regular events virtually. This allowed not only community members to interact with the library, but also seasonal residents and visitors. The switch was so successful that the library system will continue to offer both virtual and in-person programming to continue to extend its reach.

Kakuske’s last day was March 4, and she intends to use her new free time to travel with her husband to Michigan’s Upper Peninsula and meet up with family and friends. Patrons may also see her again one day back at the library – Kakuske said she hopes to volunteer at some point and is staying current with the goings-on in the library world. But for the time being, she’s going to enjoy a new, slower pace of life.

“It has been a privilege and honor to serve as the library director for Door County, and I will miss being a part of what will happen in the future,” Kakuske said. “I look forward to being a Door County library patron!”