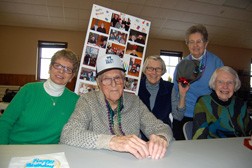 Edward Albert Strege, 32, formerly of Egg Harbor, died March 17, 2014. Ed lived in Milwaukee with his lovely wife, Megan, and loved son Oliver. He will be terribly missed. Friends may call at Huehns Funeral Home on Friday, March 21, from 10 am until 1 pm. A service of remembrance will follow at 1 pm. Donations for the Strege and Erickson family can be made to the “ED Strege memorial fund” at Baylake Bank, P.O. 117, Egg Harbor, WI 54209, or at any Baylake Bank location. Sign online guestbook and offer condolences at huehnsfuneralhome.com

Harry J. Rohr, 75, formerly of Sturgeon Bay and lately of Shawano, died Sat. March 15, 2014, at Appleton Medical Center. Friends may call at Huehns Funeral Home, Sturgeon Bay, on Saturday (March 22, 2014) from 2 pm until the time of services at 3 pm with the Rev. Ken Boettcher officiating. Burial will follow at Bayside Cemetery. Sign online guestbook and offer condolences at huehnsfuneralhome.com.

Betty Ruth Simmer, 86, of Sturgeon Bay, died March 15, 2014, at Cardinal Ridge CBRF, where she had been living the past several years. Private family services are being planned for a later date. Huehns Funeral Home is caring for the family. Online condolences and guestbook signing may be offered at huehnsfuneralhome.com.

William J. Johnson, 86, of Sturgeon Bay, died March 13, 2014, at Ministry Door County Medical Center. A memorial gathering with military honors for family and friends, will take place at 11 am Saturday, March 22, at the pavilion at George Pinney County Park on County Road B, just north of Sturgeon Bay. Interment will follow at Bayside Cemetery Columbarium. In lieu of flowers, memorials may be directed to DOOR CANcer, Inc. at P.O. Box 423, Sturgeon Bay, WI 54235. Huehnsfuneralhome.com.

Bruce Russell Hanson, 69 of Ellison Bay died on March 12, 2014. Bruce joined the U.S. Navy in August 1962 and graduated from the Great Lakes Naval Base. He served three years on the ship U.S.S. Merrick and the fourth year of service he was stationed on a Land Base in Da Nang Vietnam. Memorial services will be held at 11 am at Shepherd of the Bay Church, Ellison Bay, on March 22, 2014. Casperson Funeral Home, Sister Bay, is assisting the family. In lieu of flowers a Memorial Fund is being established and the family will find an appropriate use that honors these memorials. 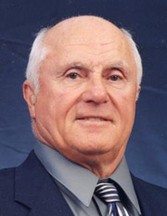 Edward Splingaire, 85, of Brussels, died at home on March 12, 2014. Funeral services were held March 15 at St. Francis and St. Mary Parish in Brussels. Burial will be in Stevenson Cemetery. Friends may call at the church on Saturday from 10 am until the time of services. The Forbes Funeral Home is in charge of arrangements. 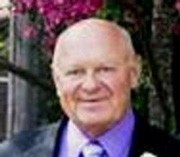 Dan L. Wolfgram, 63, died Tuesday, Feb. 4, 2014, at his home in Eutawville, S.C. Dan attended Southern Door High School and worked at Sturgeon Bay Sand and Gravel operating heavy equipment. Visitation will be held from 4 to 8 pm March 21, 2014, at Huehns Funeral Home, Sturgeon Bay. A time of remembrance and sharing memories will be held at 7:30 p.m. at Huehns Funeral Home. In lieu of flowers, memorials may be made in his memory.