Arrangements are pending for a Memorial Service in May at St Luke’s Episcopal Church in Sister Bay, WI. Caspersonfuneralhome.com. 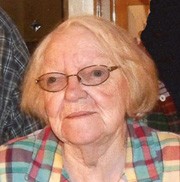 Romona Pearl Neuville, 82, of Sturgeon Bay, died at Park View Manor on April 16, 2014. In addition to being a homemaker, Romona worked at the Racine Journal Times, and at the Algoma Hospital as an LPN. She loved reading, traveling, gardening and was affectionately known as the “Lady with the shovel.” She will be dearly missed by her cat, Hetty. A private service will be held at St. Joseph Mausoleum. The Forbes Funeral Home is in charge of arrangements.

Arrangements are pending for a memorial service at Scandia Village in several months. Caspersonfuneralhome.com.

Willard William Kramer celebrated his 93rd birthday on April 15. Four days later on April 19 he celebrated his heavenly home-going. He served on the Sister Bay school board, was a member and past president of the Sister Bay Lions Club, and a member of the First Baptist Church in Sister Bay. The family will be celebrating a memorial service at a later date. Interment will be at Little Sister Cemetery. In lieu of flowers, memorial donations may be given to Scandia Village or First Baptist Church of Sister Bay. 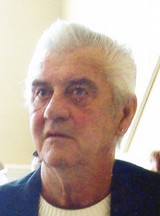 Donald J. Kramer, 72, of Oconto Falls and formerly of Sturgeon Bay died with his family at his side on April 15, 2014, at St. Vincent Hospital Green Bay. Donald sailed on the Great Lakes, he also worked as a boilermaker and security guard in the shipbuilding industry. Memorial services were held April 23, 2014, at Forbes Funeral Home, Sturgeon Bay. A memorial fund has been established in his name. 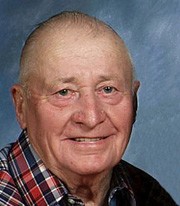