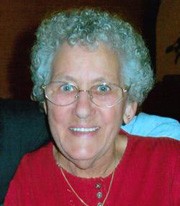 Beatrice Esther Simonar, 84, of Carlsville died June 23, 2014, at Golden Living Center – Dorchester in Sturgeon Bay. Services are being planned for Sunday, June 29, 2014, at Huehns Funeral Home in Sturgeon Bay. Online condolences and guestbook signing may be offered on Bea’s tribute page at huehnsfuneralhome.com. 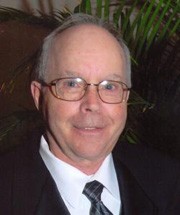 George L. Bauer, 69, of Carlsville, died on June 21, 2014, after a long illness with COPD. George loved being in the outdoors. Funeral services will be held at 2 pm Friday, June 27, 2014, at Huehns Funeral Home with Rev. Peter Lindemann pastor of Zion Evangelical Lutheran Church in West Jacksonport officiating. Friends may call at Huehns Funeral Home on Friday from noon until the time of services. Memorials may be given in his memory to Zion Evangelical Lutheran Church or School in West Jacksonport, or to Home Health, or Unity Hospice. huehnsfuneralhome.com.

James Wallace DeVillers, 80, died at home on June 19 in Largo, Fla., after a long illness. Jim was a longtime resident of Green Bay and Door County. He resided in Florida for the past 14 years. Jim and his wife Sharron owned and operated RE/MAX Northeast Realtors in Little Sturgeon and Fish Creek. A mass and celebration of life will be held at a later date. In lieu of flowers, donations are being accepted for the American Heart Association and American Lung Association.

Comforted by the loving presence of his wife, Virginia, Edward Lawrence Stellwagen, 93, of Green Bay, formerly of Sturgeon Bay, died June 19, 2014, at KindredHearts Assisted Living, where he and his wife had been living since October of 2013. Arrangements are pending at this time and have been entrusted to the care of Huehns Funeral Home in Sturgeon Bay.

Online condolences and guestbook signing may be offered on Edward’s tribute page at huehnsfuneralhome.com. 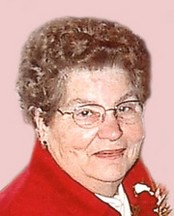 Shirley A. Wautier, 81, of Brussels, died June 17, 2014, with her children by her side. Shirley was an avid quilter and always had a baby blanket on hand when needed. She was a caregiver, always compassionate and available for her children, grandchildren and family. The coffee was always on at Shirley’s house, ready to be served with muffins, homemade bread and jam. No one ever left her house hungry. Funeral services were held June 21, 2014, at St. Francis and St. Mary Parish in Brussels. Forbesfuneralhome.com. 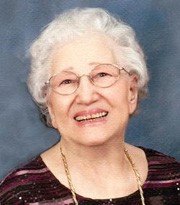 Helen Mary Jolin, 93, of Sturgeon Bay, died June 17, 2014, at the Skilled Nursing Facility at Ministry Door County Medical Center with her loving family at her side. She was born, June 14, 1921, at (her) Grandma Brauer’s homestead in the town Sevastopol, the daughter of Romain and Emily (Brauer) Londo. A Mass of Christian Burial was celebrated June 19, 2014. Online condolences and guestbook signing may be offered on Helen’s tribute page at huehnsfuneralhome.com. 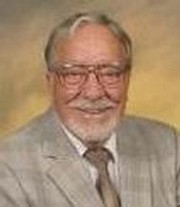 Roger R. Ash died on June 8, 2014. Roger was born in 1922 in the family farmhouse in Sevastopol. Roger served his country during WWII with the 101st and 82nd Airborne and was awarded the Victory Medal, European African Middle Eastern Theater Ribbon with two Bronze Battle Stars, two Overseas Service bars, and the Army Occupation Medal. A memorial service honoring Roger’s life will be held at 6:30 p.m., Thursday, July 31, 2014, at Huehns Funeral Home, 1414 Michigan St., Sturgeon Bay, with Pastor Carolyn Sellers of Cross Lutheran Church officiating. Visitation for family and friends will be held from 4:30 p.m. until the time of service at the funeral home. Memorials in Roger’s name will be directed to the Burlington Senior Center and the Burlington Kiwanis Civic Band. huehnsfuneralhome.com.