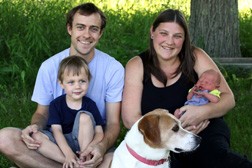 Angela, Ryan, Mylo and Gizmo Sherman are thrilled to welcome Theo Richard Sherman to their family. Theo was born on July 1, 2014. Submitted photo.

James L. Rhiner died on July 5, 2014, in Green Bay. Arrangements are pending for a celebration of his life at the Door of Life Christian Church in Sister Bay. The date and time of the service will be made available in several days. Caspersonfuneralhome.com.

According to Dorothy’s wishes she will be cremated and a Memorial Service will be held at Good Samaritan Scandia Village in Sister Bay at a later date. She will be buried next to her husband at the Baileys Harbor Cemetery. Caspersonfuneralhome.com.

Bessie A. Remiszewski, 86, of West Jacksonport, died July 1, 2014, while at Ministry-Door County Medical Center. She is the mother of Gail (Gary) Birnschein in West Jacksonport. A Mass of Christian Burial was held July 12, at Stella Maris Parish-Jacksonport site. Sign online guestbook, offer condolences and share memories at huehnsfuneralhome.com 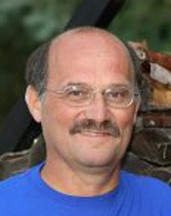 David John Delorit, 58, of Sturgeon Bay, died on July 1, 2014, at Froedtert Hospital in Milwaukee. David owned and operated Delorit Sales and Service in Brussels for many years. He most recently worked for Soil Specialist in Sturgeon Bay until retiring this year. Funeral services were held July 7 at St. Peter’s Lutheran Church in Sturgeon Bay. Burial will be in Baileys Harbor Town Cemetery. Online condolences may be offered at forbesfuneralhome.com

Joanne Zimmer, 80, of Brussels, died July 1, 2014, at Golden Living Center – Dorchester in Sturgeon Bay with family at her side. Arrangements pending at this time. Huehns Funeral Home of Sturgeon Bay is caring for the family. Online condolences and guestbook signing may be offered at huehnsfuneralhome.com.